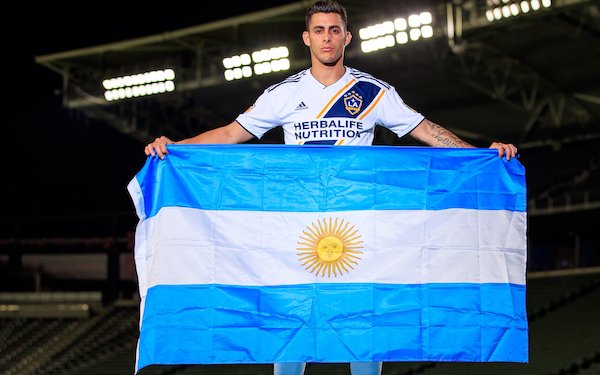 The LA Galaxy picked up the option from Boca Juniors to extend the loan of 23-year-old Argentine Cristian Pavon through the 2020 MLS regular season.

In 2020, Pavon will be a Designated Player. In 2019, the three DP spots were held by Zlatan Ibrahimovic, Romain Alessandrini and Jonathan dos Santos. Ibrahimovic won't be back, while Alessandrini is out of contract.

Pavon arrived in mid-season and tallied three goals and eight assists in 11 games after making his debut  on Aug. 11. He had a stretch of eight straight games with a goal or an assist.

Pavon played every match for Argentina during the 2018 World Cup.