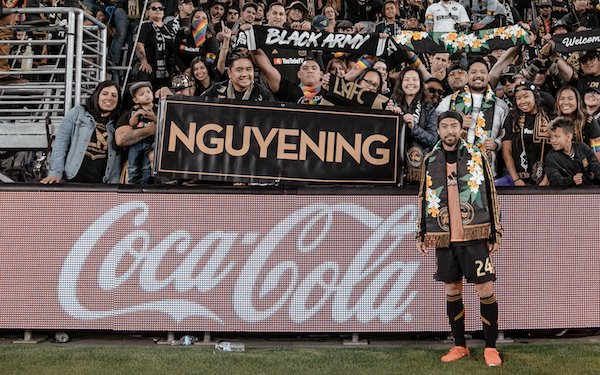 But the big news from the Miami camp on Tuesday was that David Beckham's expansion team has settled on a coach.

Speaking at the beginning of August, managing owner Jorge Mas said Inter Miami would hire a coach "soon." In early October, Mas said on Planet Futbol that it was "very close to naming someone."

Almost six weeks later, a decision on a coach has been made. Paul McDonough, Inter Milan’s sporting director, told the Miami Herald at an Expansion Draft fan party in the Coral Gables on Tuesday night that the club was in “the contract stage” with a coach, he'll be announced “in the next couple of weeks" and "you’ll know his name.”

Inter Miami already has a strong start to building its roster with the signing of Argentine teenager Matias Pellegrini from Estudiantes for a reported $9 million transfer fee, but it has plans to add two international players as Designated Players. Names mentioned include Uruguayan Edinson Cavani of Paris St. Germain and Spaniard David Silva of Manchester City.

Expansion picks include a pair of former U.S. internationals -- Lee Nguyen and Ben Sweat -- as well as Jamaican Alvas Powell, who was selected in the Expansion Draft for the second year in a row after playing in MLS Cup twice with the Portland Timbers (2005 and 2008).