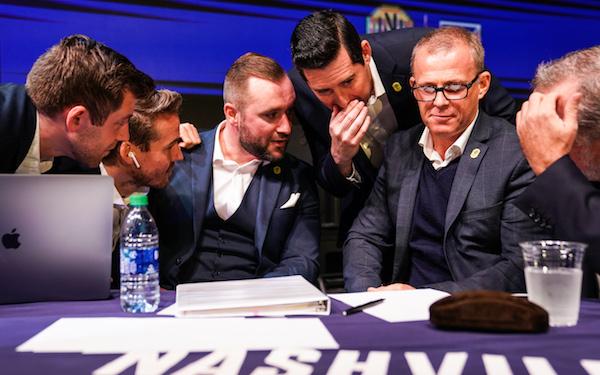 Nashville SC was a busy team on Tuesday, picking five players in the MLS Expansion Draft and turning around and trading two of them -- Zarek Valentin and Brandon Vazquez -- as part of four separate trades.

The biggest trade sent defender Daniel Lovitz from Montreal Impact to Nashville shortly before he started for the USA in its 4-0 win over Cuba in the Concacaf Champions League.

The move to trade Lovitz, who spent the last three seasons in Montreal and started 28 games in 2019, came a day after Thierry Henry was introduced to the Montreal media as the Impact's new head coach. The deal was also the first under new Belgian sporting director Olivier Renard, who said the deal will give the Impact "more flexibility" for 2020.

Among those Nashville had announce its Expansion Draft selections were Titans running back Derrick Henry and Boston Red Sox right fielder Mookie Betts, a Nashville native,