Dawn Scott -- "the secret to everything'' -- leaves U.S. women for England 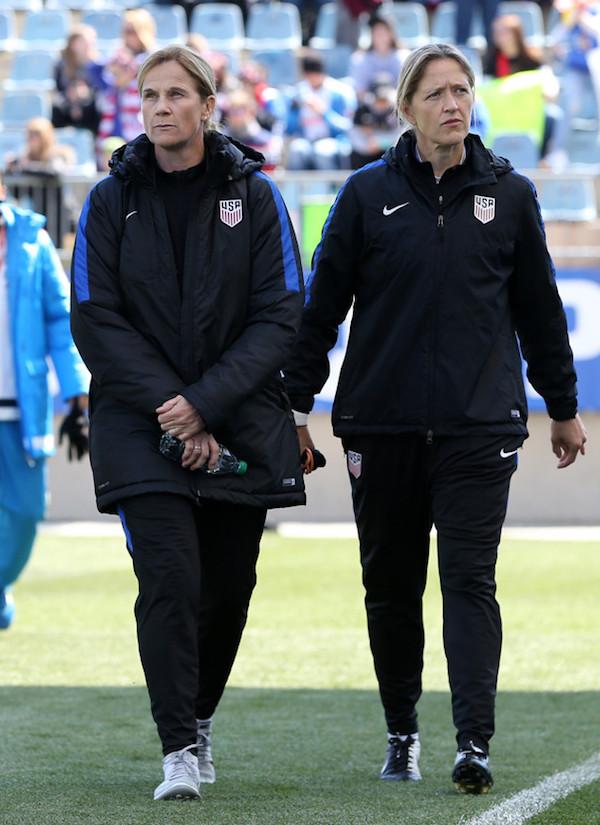 Dawn Scott, the highly regarded coach with the U.S. women's national team for the past nine years, has left her position as a High Performance Coach to take a position with the England FA.

The Newcastle native will be the senior women’s physical performance manager and work with England's Lionesses, who will host Euro 2021. She will begin work in December. She previously worked for the FA for eight years when she said sport science was "nonexistent" in the women's game.

"This was one of the hardest decisions I have ever had to make," said Scott. "I have thoroughly enjoyed my time with U.S. Soccer and the opportunity I had for my personal and professional growth. I want to say thank you to everyone at the U.S. Soccer Federation, to the players, to the staff and to all the coaches -- it has been an honor. I have memories to last a lifetime from the past nine years."

Scott was on the women's staff for three trips to the Women's World Cup final, where the USA lost on penalty kicks to Japan in 2011 and won in 2015 and 2019. She also worked for Pia Sundhage when the USA won the 2012 Olympic gold medal.

Her work with the U.S. players was considered critical in giving them an advantage on their opponents. At the 2015 World Cup in Canada, veteran Christie Rampone told NBC Sports that “Dawn is, like, the secret to everything."

"Dawn is an incredibly hard worker who did a world class job helping prepare our players physically, helping them recover from injuries and helping them reach their highest levels on the field," said U.S. women's national team general manager Kate Markgraf. "We say goodbye to her with a tremendous amount of gratitude and respect. She cares deeply about the players and the program and her important contribution to a unique part of our history will always be appreciated and never forgotten."

England's 2020 work will start with the SheBelieves Cup to be played in the United States in February.

“I am delighted we have secured Dawn’s services," England head coach Phil Neville said, "as she has worked and succeeded at the elite level and knows what it takes to win on the world stage. She will work closely with my coaching staff and I know the players will be looking forward to getting started with Dawn. With our run to the World Cup semi-finals this has been a positive year but we still have much work to do to get to the next level.”

Neville has been under fire for a string of poor results since the Women's World Cup, where England finished fourth.

women's national team
1 comment about "Dawn Scott -- "the secret to everything'' -- leaves U.S. women for England".
Next story loading