The first coach-education initiatives to come out of the U.S. Soccer Youth Task Force, which was launched in late 2018, aim to "reduce barriers to coaching education courses to improve accessibility and expand the instructor pool." 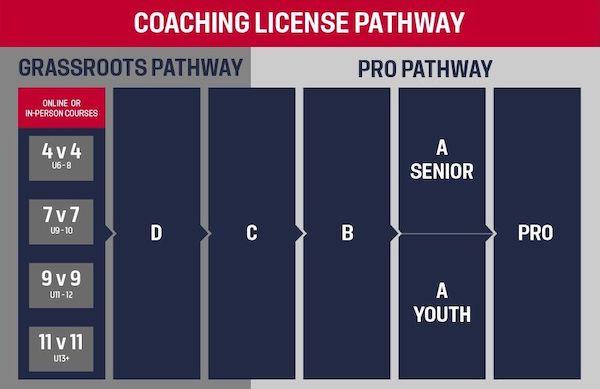 Three "pilot programs" are already underway and will be fully implemented by the end of the year. Two of them are aimed at increasing the number of Grassroots Course instructors and expand the availability of the courses to meet the demand. One makes C-License coaches eligible to instruct the Grassroots courses. (The previous prerequisite to instruct was a B-License.) Also, the instructor course for the Grassroots courses will no longer be combined with D-license training in order to expedite the process.

The second is to up the in-person Grassroots courses from a 12:1 candidate-to-instructor ratio, to an 18:1 ratio.

“The three pilot programs were put together after collaboration with all of our member organizations across the country with the aim to find ways to increase access to our coaching courses and hopefully expand our instructor pool for the future,” said U.S. Soccer's Director of Coaching Education Barry Pauwels. “We’re looking forward to conducting these programs and then reviewing their effectiveness in detail as we look to find ways to better cater to needs of coaches across the country.” 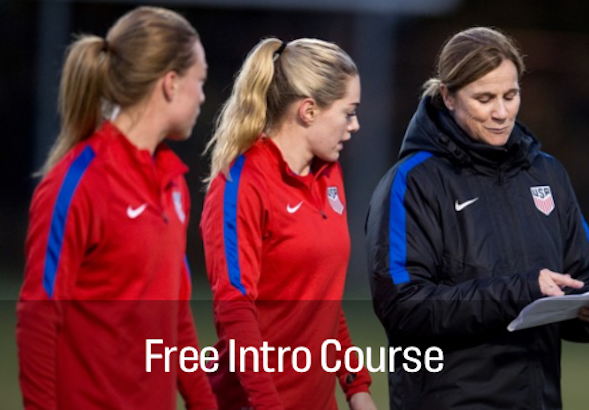 Click above or HERE to introductory module, the first in the step in the coaching license pathway and prerequisite for U.S. Soccer's Grassroots Licensing Courses.

In addition to the three pilot programs, Pauwels told Soccer America that preparations have been underway to launch Spanish-language courses for the Grassroots Pathway. These courses are intended to advise youth coaches, but are also prerequisites for the higher level licenses.

"In January of 2020 we will announce Spanish courses for the in-person 4v4, 7v7, 9v9 and 11v11 courses," he said. "We are now in the last phase of translation for all of these courses. We have pilot-tested the 7v7 in-person. Those courses are going through their final revisions. We are hopeful to launch the in-person Spanish courses early next year."

U.S. Soccer has in the past provided bilingual English-Spanish coaching education. In the 1990s, U.S. Soccer hired coaching instructors to be "liaisons" to the soccer talent in the Latino community. More recently, the F license online course was available in Spanish. An example of the benefits of a bilingual approach came before U.S. Soccer made a concerted effort: New Yorker Arnold Ramirez when he taught coaching courses with English-second-language candidates included Spanish while instructing. Colombian immigrant Juan Carlos Osorio, who went on to coach the New York Red Bulls to an MLS Cup runner-up finish and Mexico to the second round of a World Cup, got his first license from Ramirez. "It was taught half English, half Spanish -- Spanglish," said Osorio.

Pauwels, who hails from the bilingual country of Belgium, joined U.S. Soccer two years ago. U.S. Soccer launched its Grassroots coaching licenses in 2018, which replaced the E and F licenses. The new pathway also provided convenient and well-produced online courses that encouraged play over drills.

Creating Spanish-language versions after the revamp started with the in-person courses.

"We envision to go through the same process with the online courses," Pauwels said. "We're aiming by the end of 2020 to have all the 4v4, 7v7, 9v9, 11v11 courses translated and acceptable for Spanish-speaking for the end of 2020. We expect to the first course to be available by the summer of 2020."

* U.S. Soccer Youth Task Force’s Coaching Working Group
Within in the last two months, the composition of the Coaching Working Group for the U.S. Soccer Youth Task Force that was launched in October of 2018 has added Carlos Juarez, Yael Averbach, Tom Turner and Tom Condone. No longer in the group is Nick Perera from the original eight. (Perera is currently in Paraguay playing for the USA in the Beach Soccer World Cup.) 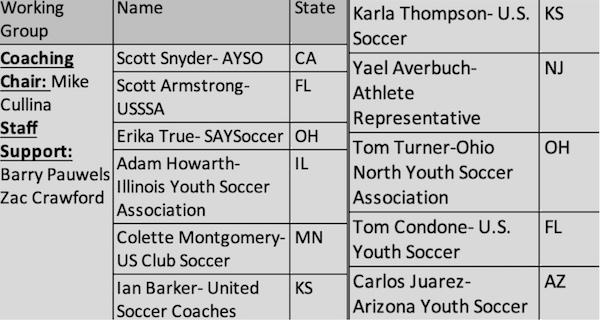