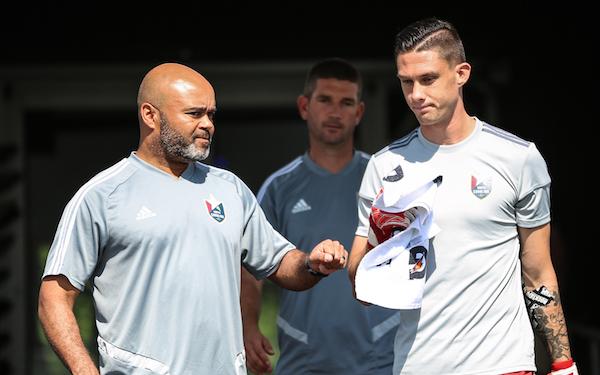 Clint Peay has been hired as the head coach of Revolution II, the New England Revolution's second team that is set to begin play in USL League One in 20202.

Peay played for Revolution head coach and sporting director Bruce Arena at the University of Virginia and D.C. United and on the 1996 U.S. Olympic team. He started at center back in MLS Cup 1996 when D.C. United rallied to beat the LA Galaxy, 3-2, in overtime.

Peay has more than 17 years of coaching experience at the college level, in the U.S. youth national team program and most recently, as an assistant under Dave Sarachan at North Carolina FC.

“I have known and worked closely with Clint for nearly 30 years, and there are few people in this game who I trust more when it comes to evaluating and developing rising young talent,” said Revolution technical director Curt Onalfo, another Virginia product. “His championship pedigree as a player, combined with his wealth of experience working with the top young players in North America, make him the ideal leader for Revolution II as we work to redefine and improve our player development system.”

Revolution II will be one of five MLS second teams that will play in USL League One in 2020.