Watch: Paraguay inflict a third loss on the USA at the Beach World Cup

Pedro Moran  opened the scoring with a terrific bicycle kick as host Paraguay beat the USA, 5-1, at the FIFA Beach World Cup. Both teams were already eliminated from reaching the knockout stage after both losing to Switzerland and Japan in Group A play. Jason Leopoldo  scored the USA's late consolation goal. 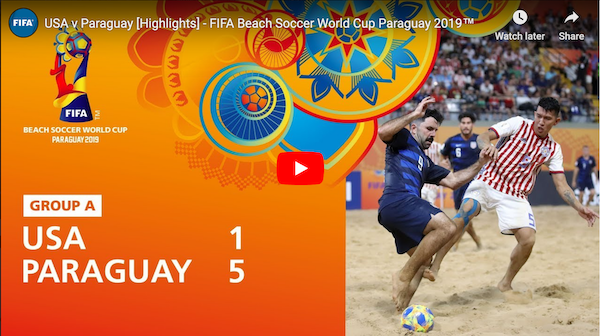