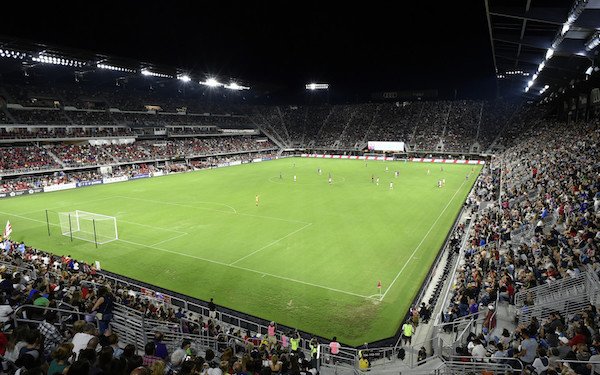 Since shortly before the NWSL championship game five weeks ago, the league and its clubs have made a series of ground-breaking announcements that signal their heightened ambitions.

Octagon, one of the largest sports agencies in the world with extensive background in women's sports, will provide comprehensive media rights valuation and sales strategy services and -- most important -- advice on finding a new media partner. It will also assist the NWSL with brand marketing, asset development, sponsorship valuation and fan engagement insights.

Oct. 22. Louisville introduced as an expansion team to begin play in 2021.

John Neace and Soccer Holdings LLC -- the owners of the USL Championship's Louisville City -- will operate the team, later named Proof Louisville FC. It will play at the 14,000-seat Lynn Family Stadium that Louisville City is building in the Butchertown neighborhood and will open in 2020.

Nov. 13. The Washington Spirit will split its 2020 schedule at three sites, including D.C. United's Audi Field.

Buoyed by the success of its two games played at Audi Field in 2019, the Spirit reached an agreement with D.C. United to split its 2020 NWSL schedule between Audi Field, the Maryland SoccerPlex, its home since the NWSL started in 2013, and Segra Field, which opened in 2019 as the home of Loudoun United, D.C. United's new USL Championship team.

In the most significant demonstration of its intention to turn a page on its troubled past at at Rutgers University's Yurcak Field, its home for 10 years, Sky Blue FC announced it will move into the home of MLS's New York Red Bulls, in Harrison, N.J., where it drew crowds of 9,415 and 8,314 fans for matches late in the 2019 NWSL season.

Nov. 25.  Women's giant Lyon announces it is in exclusive talks to buy the NWSL's Reign FC.

OL Groupe -- the investment firm of which Jean-Michel Aulas is the majority owner -- is expected to close the deal in January. Majority owners Teresa Predmore and Bill Predmore, who have operated the team since the launch of the NWSL in 2013, would remain as minority owners.