An object lesson in how to ignore Latino soccer

You will know, I think, the medical tale -- a surgical joke really -- about the operation that was completely successful. Just unfortunate that the patient died.

But are you aware that U.S. Soccer has recently staged a soccer version of the joke? I’m indebted to Barry Pauwels, the Belgian who is U.S. Soccer’s Director of Coach Education, for opening my eyes to this happening, which I had completely failed to spot.

You see, I had thought the U.S. performance at the recent U-17 World Cup in Brazil was pretty abysmal, and in my ignorance was much inclined to finger coach Rafael Wicky and his coaching team as the leading culprits. During an interview with Soccer America’s Mike Woitalla, Pauwels gave his view of things: “I think the coaching staff did well.”

Pauwels, you need to know, was a member of that coaching staff. His extraordinary opinion conjured up for me a vision of the coaches celebrating and high-fiving each other as the U.S. players trudge forlornly off the field, drubbed 4-0 by the Netherlands and eliminated from the tournament.

So the USA, which has played in 17 of the 18 U-17 World Cups staged since 1985 and has a reasonably good record (4th place in 1999 marks the best finish), scores only one goal and lets in eight while losing two games and tying one, and gives its worst performance ever in the tournament ... but “the coaching staff did well”? Meaning that it was the players who screwed up?

I read the rest of the Pauwels interview, prepared for more silliness. I found it. Plus some remarkable ignorance, a shot of arrogance, a good deal of temporizing and pontifical mugwumpery (Winston Churchill’s term for officialese wordage).

I’ll zero in on how Pauwels deals with the Hispanic issue - which I regard as the No. 1 topic that U.S. Soccer needs to sort out. During the interview, Pauwels is very big on letting us know that he is in favor of bringing people together. He talks of American soccer being a “big family,” and I counted 14 occasions where he uses phrases like “bring people together,” or “all on the same team” or “same page”, or “partnership.” A lot of this is mugwumpery, but the aim is surely a worthy one, and none the less commendable for being an obvious one.

At least it would be commendable but for one glaring blemish: the Pauwels version of the American soccer family evidently has no place for Hispanics. In what is quite a long interview, Pauwels has some 2,500 words but at no point does he introduce the Hispanic topic. Woitalla does bring it up, pointedly, in four of his questions. Pauwels responds to the questions in a variety of ways, all of them dismissive. 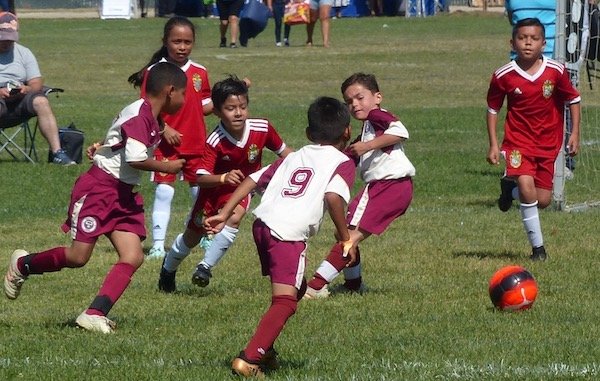 When Woitalla asks him for his thoughts on the fact that U.S. Soccer’s newly assembled 60-member Youth Task Force contained not a single male Latino, Pauwels says that the Task Force is “continuously looking” for more expertise. As well it should. But he evades the direct question. Either he cannot, or does not want to, explain the absence of Hispanics.

When Woitalla questions the wisdom of appointing the Swiss Rafael Wicky as U-17 coach, Pauwels heaps praise on Wicky, and says U.S. Soccer made “a really good move to bring him in.” Given the embarrassing U.S. flop in Brazil, that is probably not a widely shared opinion.

The worst of Pauwels’ responses -- and the most revealing -- come when Woitalla, having pointed out that Mexico got to the U-17 World Cup final, asked him whether US Soccer would be reflecting on that.

Without mentioning Mexico or its achievement (let alone, heaven forbid, congratulating the Mexicans) Pauwels says that the reflecting will be done by a group including U.S. men's coach Greg Berhalter and Sporting Director Earnie Stewart, neither of whom has ever shown much interest in things Hispanic. I would say that the chances of any informed review of Mexico’s performance are slender.

Just once can Pauwels manage to use the word “Mexico” - when he chides Woitalla to “just remember that we played Mexico in the Concacaf U-17 final and we were the better team.” Which is clearly intended as a withering put-down of Mexico. You can forget Mexico, we’re better than they are (though they did win that Concacaf final).

The sheer arrogance of that attitude is utterly repugnant. One wonders how deep that goes with Pauwels. He seems to have no interest in, even awareness of, Latin soccer. During the interview, Pauwels mentions his work with the Belgian federation, and describes the work that was done (in which he was involved) to raise the level of the Belgian national team to its current No. 1 ranking by FIFA.

He tells us which teams the Belgians “reflected on” during that process: all his points of reference are European -- the Netherlands, Ajax, France, Spain, Barcelona (though even Spain evidently makes him uncomfortable, a feeling he can assuage by referring to Barcelona as “Barcelona influenced by Cruyff.”)

There is absolutely nothing wrong with his choice of favorites, and I’m certainly not going to argue with any program that cites Johan Cruyff as a model. But what is one to make of Pauwels, a soccer expert, an obviously intelligent man, who has no time for Latin soccer?

Pauwels has just spent 2,500 words outlining his background and his views on the future of soccer in the USA. There is no mention of, not the merest hint of, South America, no Brazil, no Argentina, no Messi, no Neymar. No wonder Pauwels feels no qualms in slighting the Mexicans.

The saddest thing is that Pauwels is now ensconced in Chicago, where he has found, at U.S. Soccer, an environment that, to put it charitably, will do nothing to expand his Eurocentric outlook.

Do I have any qualms about that? I do, indeed I do. As should anyone who wants to see America’s Latino soccer community welcomed -- rather than ignored -- by U.S. Soccer.