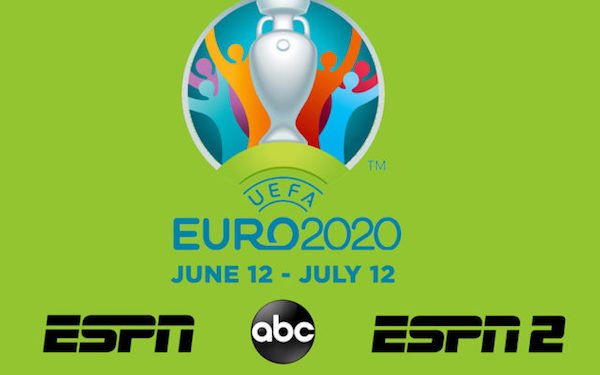 The 2020 European Championship will air on ESPN, ESPN2 and ABC, which will carry all 51 matches played across 12 European cities.

ESPN will televise 39 matches, while ESPN2 will air seven and ABC will broadcast five matches (two group stage matches, two round of 16 and one quarterfinal).

The last time the European Championship was shown on ABC was in 2008.

Every match telecast will feature a 30-minute pregame, halftime and postgame reaction. Euro Tonight will air each matchday following the last match of the day on ESPN or ESPN2.