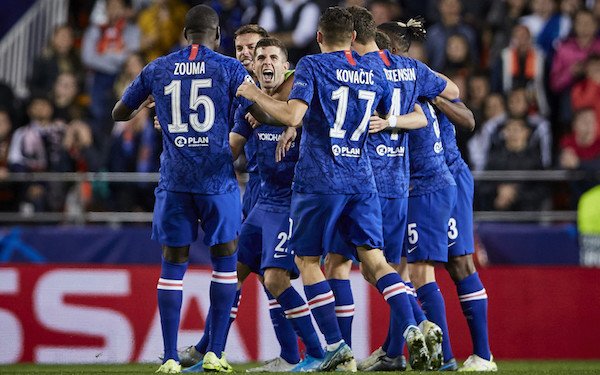 Since he stepped back into the starting lineup at Chelsea in late October, Christian Pulisic has emerged as the most consistent attacker on Blues manager Frank Lampard's young team.

Even in recent weeks when Chelsea has cooled off and he hasn't been scoring, Pulisic has been playing well, and it hasn't been lost on Lampard.

“Really impressed,” Lampard said after Chelsea's 2-1 win over Aston Villa snapped a three-game winless streak. “I think he is playing really well. Since he came into the team at Burnley, got those goals and carried on with his form. He can score more, but we’ve got a player in Christian that is really exciting and when you see this type of player in the modern day and you see their quality. He has got the ability to go on to the extra level, which is the top level of world football. At the minute, he is doing really well and I hope he keeps that up.”

Pulisic has six goals and six assists in 17 appearances in the Premier League, League Cup and Champions League for Chelsea.

After the 1-0 loss to West Ham United on Saturday in which starter Tammy Abraham was unavailable and French World Cup champion Olivier Giroud was ineffective, Lampard was recently asked if the 21-year-old Pulisic was an option at center forward

"We'll see,” the Chelsea manager said. “He's got an ability to run behind the line and to be sharp in central areas, which will naturally get him more goals but I'm not going to say right now that's the solution. We'll see going forward.”