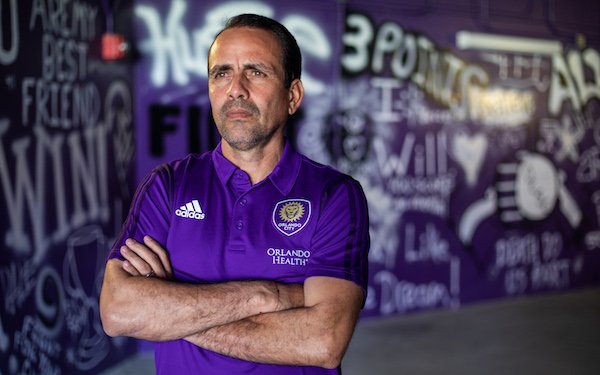 After a year away, Oscar Pareja is back in MLS.

The move comes one year after Pareja departed FC Dallas to coach Liga MX's Tijuana. But he left Xolos after they failed to make the 2019 Torneo Apertura playoffs.

He will be reunited with its executive VP of soccer operations Luiz Muzzi, who worked with him at FC Dallas.

“Oscar is the perfect fit for the Orlando City organization, something I can say with confidence from our history of working together,” Muzzi said. “He possesses the talent and passion to help our Club reach both its short term goals on the field and long-term plans for the organization. Oscar checked all the boxes we were looking to fill and his vision is aligned with the plans that we have as a club -- to invest in and develop players at all levels of our pyramid to be both proud and successful when wearing the Orlando City crest.”

Pareja spent 18 years as a player and coach in Dallas, helping set up its highly regarded academy program, before heading to Tijuana after the 2018 MLS season. Pareja led Xolos to the 2019 Torneo Clausura playoffs but couldn't duplicate the feat this fall.

“I’m very excited to be returning to Major League Soccer and to be joining the Orlando City organization,” Pareja said. “The future of this club is extremely bright, with so many opportunities to grow and succeed at all levels of the club -- from the new training facility to the world-class stadium and from the Development Academy all the way to the MLS side. Orlando is an incredible soccer city, with an especially passionate and dedicated fan base. I can’t wait to get started.”

Orlando City is MLS's worst-performing expansion team since Toronto FC, having failed to make the postseason in each of its first five MLS seasons. Toronto FC went eight years without making the playoffs before breaking through in 2015.