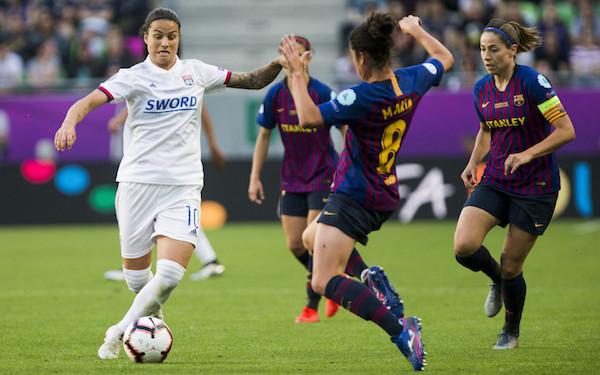 A lot of noise has been made about the growing strength of European women's club soccer and how it threatens the NWSL.

To a certain extent, it's true. A dozen of so European women's clubs, backed by the strength of their men's clubs, have the financial resources and brand recognition to compete with NWSL teams in terms of the money they can pay to attract the best players.

But no other league on its own can -- top to bottom -- come close to matching the NWSL on the field or at the gate. The bottom teams in most top European leagues are still basically semipro outfits, offering low salaries and drawing sparse crowds.

But collectively, these top clubs have the potential to take European women's soccer to new heights.

Which is where UEFA comes in.

UEFA announced this week that it's overhauling the UEFA Women’s Champions League, introducing a group stage for the first time in the 2021-22 season.

Sixteen teams will be divided into four groups of four, and eight (the top two from each group) will advance to a knockout competition at the quarterfinal stage.

-- More quality matches for the top teams;
-- Centralized media rights from the group stage;
-- Guaranteed broadcast standards; and
-- Exclusive windows (selected dates when there is no men's play).

“Today’s decision is a game changer for women’s football,” said UEFA president Aleksander Ceferin.“The world’s best women’s club competition will get both the platform and visibility it deserves.”

Ceferin said one of the benefits of the new format will be to give top teams more games against similar competition.

Even at the level of the round of 16, the disparity between European teams is currently stark. Six of the eight Champions League series recently concluded were blowouts with aggregate scores of 13-2, 11-0, 8-1, 7-0, 7-0 and 7-1.

One of the other changes in the new competition will be that the top six countries for women's club soccer will get three entries instead of two in the Champions League.