Earnie Stewart on the Chicago policy, coaching vacancies, staying in touch with young players and the Development Academy

Most of U.S. Soccer's board of directors meeting on Friday in Chicago did not concentrate on the technical side of the game.

Sure, there were presentations on the men's and women's and extended national teams and the growing coaching program, but much of the three-hour open session was devoted to the business of operating the federation. And that included, most significantly, how the mounting cost of the federation's legal fights is impacting the current bottom line and how the federation is responding to workplace issues published in the scathing Glassdoor reviews critical of management in June. 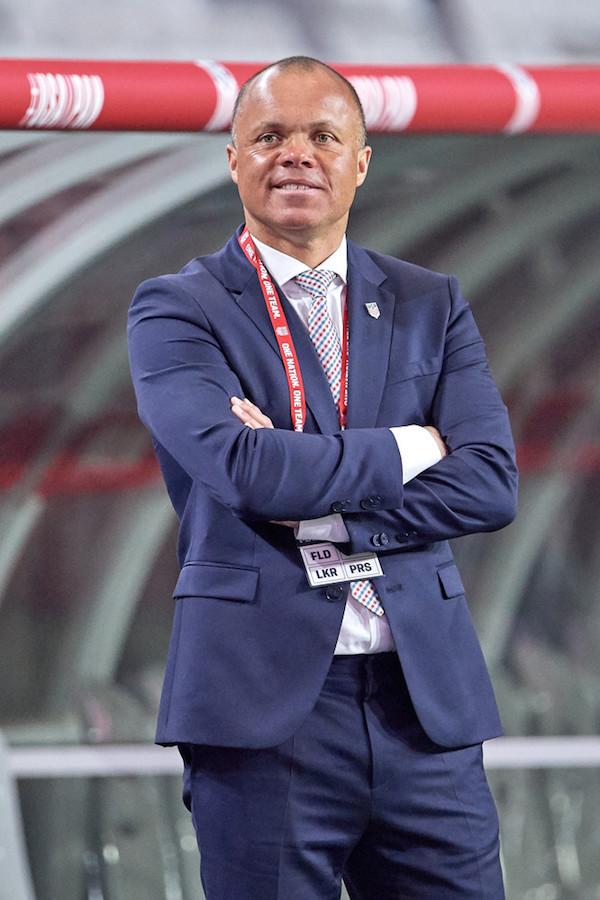 Here are the topics and responses from Stewart.

One of the prevailing themes of the board meeting was how U.S. Soccer will respond to the need to find more office space for its growing staff and how inadequate Soccer House, its home on Chicago's South Loop, is to handle its existing staff, let alone take in more staff.

With those challenges, Stewart was asked why the federation then requires national youth team coaches to work out of Chicago.

EARNIE STEWART: “In my mind, it’s unbelievable that our coaches are not together all the time. It’s one thing to have formal conversations with each other, and these days you can do everything by the computer and wifi. Yes, we can connect with everyone. But we’ve now seen with myself, Kate with the coaches internally, apart from the formal meetings, when you go to the coffee machine — and I know it sounds very simple — you’re talking about soccer once again. The formal ones? Yes, you can organize them, but it is not ideal because you can only organize them at the moment someone is free.

"What we're trying to do for the future when we talk about identity and style of play, it goes way further than that. I know of no single club in the world that has success, that has coaches scattered all over the place. In my view, if you really want to create an identity and style of play, you need people together to talk about it. Is it ideal that we don’t have fields outside? I get it, except it’s the next best thing. And being prepared for the moment when we talk about new office space or a new training center, we need to be ready for that. It's not only about today. We're projecting for the future.

"We have our sports performance part, that's winning today but building for tomorrow, which is our sport development part. When we talk about where do we put our money to win today, that's in our teams, that's in our programming, that's in our coaches making sure they are aligned in the thought process of getting results. It's high performance, it's analytics. Then we have the sport development part, building for the future. That's coaching educations, that's talent ID, that's all those things combined. It's not easy, winning today but building for tomorrow. For all these things, having all the coaches in Soccer House is in my mind crucial."

Cordeiro said the plan is to open a national training center or multiple training centers at regional sites. He mentioned all the European soccer federations he visited in 2018 -- on the United 2026 bid campaign -- and how amazed he was by the facilities even the tiny federations have -- thanks to funding UEFA provides.

Cordeiro said "in a perfect world" that is what U.S. Soccer wants but it doesn't yet have the funding to build a national training center and that's a "project for the coming year or so."

In the meantime, U.S. Soccer lost its last two chief soccer officers and last two Development Academy heads, and the youth national coaching vacancies remain, on both the boys and girls side.

On Saturday, Stewart presented a plan to the board for his two departments -- sports performance and sports development -- and he said "some of these roles will be filled very shortly." That includes a new men's general manager who will also oversee the youth national teams. Stewart said the federation has an agreement for one youth national team coach but it needs "to be sure he is eligible to work" and the other coaching positions will be filled in "a very short period of time."

On the Chicago policy, Cordeiro said "nothing is perfect and maybe it should have been phased in" when it was announced in 2018.

Dave van den Bergh, a longtime national youth team coach on the boys side based in Texas, told the Wall Street Journal that the Chicago policy was the reason why he left the federation this summer and joined the New England Revolution.

Stewart was again asked why some of the youth national team coaching positions had been open so long, one since late 2017. He not only defended the hiring policy but seemed incredulous to the notion that it should be any other way.

EARNIE STEWART: “The one thing I still don’t understand is that there is this concept that people don’t want to move to Chicago. Maybe it’s true, maybe it’s not true — I’ve never heard it to straight to me in the conversations I’ve had. I think it’s unbelievable that it’s a question if they should move to one place. I come from a place in Holland where if they have to bike 30 minutes they're moving already.

"I realize that times have changed and in a lot of companies, people get to work at home these days, I don't see that in companies where you have to interact with each other every day. I don't think that's possible, especially when you consider what we want to do with style of play, the vertical alignment of all our teams, in our high-performance environments.

In the meantime, the U.S. U-20  men's national team did not play in the October or November windows, after Tab Ramos, its head coach for the previous four two-year cycles, stepped down, and the U.S. U-15 and U-16 teams have been coached by part-time coaches.

One of the concerns has been that no one is available to talk with players or follow up with them and their families as had been the case with full-time coaches, like Ramos with players on his most recent team that finished sixth at the 2019 U-20 World Cup. The father of one of those players, Uly Llanez, tweeted last week: "As a parent all we ask for is a follow up on this development and just simple phone to the player to tell that his development is reviewed."

EARNIE STEWART: "My whole thing with this. I don't understand the thought process behind it. He has been in our program, like a lot of other kids in our program.

"I'll take Sergino Dest as a perfect storm. Sergino Dest was someone who played in our under-17s, under-20s and then went to our full national team. So he has like this perfect pathway. However, in some instances, there are kids in their development path that are not selected. That doesn't mean they are not part of the program, that they are not spoken to, or anything like that.

"We always hear, 'There is no trust. They haven't been spoken to.' That is never the case. I don't want to defend ourselves. I know what we are doing on a daily basis. We have coaches traveling the world to see players. The best example is Sergino Dest. When we saw Sergino Dest [at Ajax in October], we saw other players as well. And this happens with all of our players.

"And I am not trying to make the difference between dual nationals and American nationals. Gio Reyna or Alex Mendez or Ulysses. For me, it doesn't make a difference. They are U.S. national team players and they need to have the feeling that they are looked after. But they are always moments that a player doesn't get selected, does not play or gets injured. It looks a bit negative, but it doesn't mean players are out of our sight."

Twelve years after the start of the Development Academy on the boys side, dissatisfaction with the program has grown, while the girls program, launched in 2016, splintered the girls landscape.

Has U.S. Soccer bit off more than it can chew in running the DA? Stewart doesn't share that view.

EARNIE STEWART: "Not at all. I am not going to call it being concerned about something, but we need to look at our youth landscape and we have all sorts of different pyramids and are not yet in a situation where we have a pyramid that has the best play against the best. That is my concern.

"Who runs the Development Academy? I want to create one big pyramid on the boys' side and on the girls' side. And we all need to work together. That's kind of what I miss. And so the things I worry about is creating that structure, that apart from coaching, that you have coaching education, you have the performance environments, you have standards and certifications.

"That's why Brazil is so great, because they play in the favela, on the field right next to it, and you get to play with the best players. And that for us is something I think about everyday, creating that, not so much the structure and organizing [the DA]. I want us creating one big pyramid where we get the best playing the best and everything trickles up."

"The top of the pyramid is so easy. The bottom of the pyramid? That is the hard part. If you need to organize that, then the country becomes very big. And creating a structure is what the technical committee together with those working on the Youth Task Force are thinking about every day -- but it is never the top of pyramid. The DA itself, running that is not going to be a problem. When it's broader on the bottom, that's where it becomes more difficult because the country becomes very, very big. However, I believe that it is possible, and I am committed to that every single day."