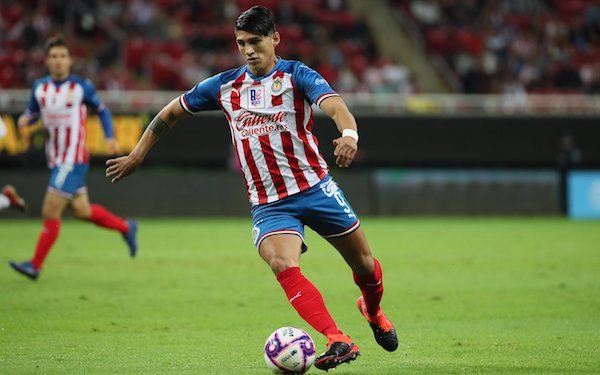 After its string of eight straight seasons in the playoffs ended in 2019, Sporting Kansas City has gone out and signed Mexican forward Alan Pulido from Guadalajara for a club-record transfer fee.

The move is a defining moment in Sporting KC's history and shows just how quickly MLS is changing.

Sporting KC has been a perennial contender over last decade, winning MLS Cup 2013 and three Open Cup titles, but it did so spending around the edges, boosting the salaries of the players with the use of allocation money, not shelling out on transfer fees.

The $9.5 million Sporting KC is reported to have spent on Pulido is more than double the amount it previously spent on transfer fees in its entire 24 years.

The move is not unexpected, though.

In an interview with the Kansas City Star in October, Mike Illig, a Sporting KC principal owner, said the club needed a finisher and was willing to invest in a high-priced Designated Player.

Dom Dwyer scored 50 goals in three seasons (2014-16), but after Sporting KC traded him to Orlando City midway through the 2017 season it never found a replacement for him. In 2019, Sporting KC was MLS's worst-performing team in terms of the goals it scored and conceded compared to the quality of their chances created and conceded.

“It’s a level we have not played in," Illig said, "but it doesn’t scare us. We’re not going to go make stupid decisions and pay our way out of it. We’re going to be smart about it.”

In the 28-year-old Pulido, Sporting Kansas City gets an accomplished goal-scorer who is in the prime of his career:

-- He led Liga MX with 12 goals in 2019 Apertura season that was just completed;
-- He scored the goal of the tournament when Chivas won the 2018 Concacaf Champions League;
-- He was named to the Liga MX Best XI when it won the 2017 Clausura title.

In 11 pro seasons, Pulido has played for Tigres and Chivas in Mexico and Levadiakos and Olympiakos in Greece. He has played for Mexico at the U-20, U-23 and senior national team level with trips to the 2011 Under-20 World Cup and 2014 World Cup.

He has five goals and only 13 appearances over six seasons with El Tri and has not played since Tata Martino was named head coach in 2019, so he's not a fixture on the national team scene, but his 41 goals for Chivas and 40 for Tigres show that he is a consistent scorer in North America's toughest league.

"He is a winner, has a terrific work rate and embodies all of the attributes we value at our club," Sporting Kansas City manager and sporting director Peter Vermes said. "We also want to thank Chivas for being an incredibly professional partner and appreciate the relationship we have created with them. Alan is ready for this new challenge and looks forward to getting started with us on the field in January."