Concacaf Champions League: Seattle Sounders will go all out in 2020 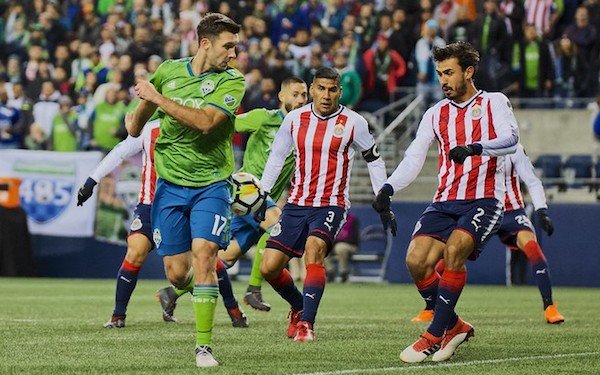 Success in the Concacaf Champions League has often been a poisoned prize for MLS teams.

In 2018, reigning MLS champion Toronto FC fell in a shootout to Guadalajara in the final, failing in its bid to become the first MLS team to win the Concacaf Champions League.

In 2019, Sporting Kansas City reached the semifinals, where it got clobbered.

In both years, they collapsed in MLS, finishing far off the pace and failing to qualify for the playoffs.

But 2019 MLS champion Seattle Sounders plan to go all out in the 2020 Concacaf Champions League, where they open against Honduran club Olimpia.

“I think we’re going to play our experienced group, by and large, in the Champions League," Seattle general manager Garth Lagerwey said after Monday's draw. "We’re going to respect our opponents that way. And we’re going to have to make do with what we can in MLS. I do think we’re going to use some of our young players in these first couple months of the season in particular. Hopefully they swim and don’t sink.”

A favorable draw will keep the Sounders apart from Mexican competition until at least the semifinals, assuming they can get past Olimpia -- whom they beat in 2015 -- and the Montreal Impact-Saprissa winner.

The Sounders know what they are getting into. They will be playing in the Concacaf Champions League for the sixth time, more than the four other 2020 MLS entrants combined.

“For us," said Lagerwey, "it’s about coming out, being ready and trying to come out of the gates strong and having a good team from the get-go."

He said having more rest between the end of the MLS season, which ended almost a month earlier in 2019, and the start of the Concacaf Champions League will help.

"The six weeks from the end of the season to opening game is almost impossible," Lagerwey said.
mls
1 comment about "Concacaf Champions League: Seattle Sounders will go all out in 2020".
Next story loading