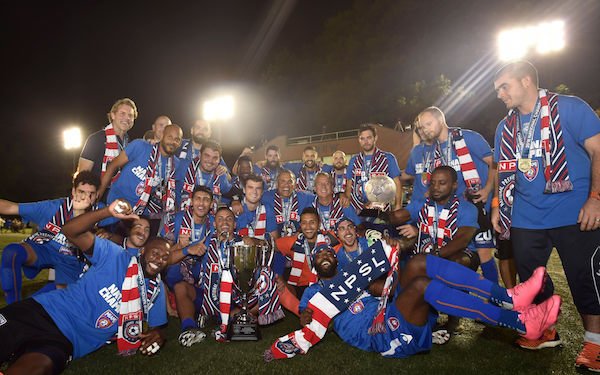 In a stunning move, Miami FC joined the USL Championship for the 2020 season less than four months after it entered National Independent Soccer Association.

Miami had won the 2018 and 2019 NPSL titles after it left the North American Soccer League, where it played its last two seasons before its collapse, winning both halves in the 2017 regular season,

That puts Miami FC in four different leagues in less than two years.

Miami FC will play all its USL Championship home matches at FIU's Riccardo Silva Stadium, named after its owner.

Paul Dalglish, who was promoted to team president and general manager after he led Miami FC to the NISA fall conference title, explained the move to the USL Championship:

“Second, it means we’ll be playing 17 homes games at Riccardo Silva Stadium in Miami, providing a fantastic experience for the army of loyal fans that have stood by us. We can’t wait to get started and begin the campaign to add to our trophy haul.”

In 2017, Miami FC and NPSL club Kingston Stockade FC filed a claim with the Court of Arbitration on Sport to require U.S. Soccer to adopt promotion and relegation within its leagues, per FIFA's Article 9. A decision has yet to be made public.

Miami FC's defection leaves NISA with eight teams for the 2020 spring season for which it received provisional sanctioning from U.S. Soccer.