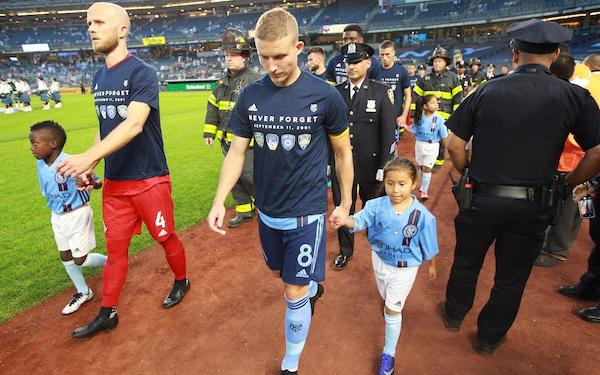 After six seasons at Toronto FC, he was a free agent, but he agreed to remain with the Reds even if he will no longer be playing on a Designated Player contract.

Bradley, 32, signed a new contract that will keep him in Toronto for three more years on a maximum TAM deal. TFC will hold a club option for a fourth year.

The move comes a month after he led Toronto FC to MLS Cup for the third time in the last four seasons.

“When I got here six years ago, I talked about how excited, how motivated, how determined I was for this challenge,” said Bradley on Thursday. “I hope I have lived up my end of the bargain to now, but this isn’t just me signing another contract to finish my playing career here in Toronto and enjoy the next few years... no chance. If the last six were Act I. Then I’m every bit as committed and determined to make sure that over the next handful of years we can all together make Act II even better.”

“I’ll be here, for sure, for three years, and then we’ll see,” said Bradley. “I’ve said on a number of occasions the way that I live my life, take care of myself, my best years are still in front of me. It was important for me – and the club as well – to renew the commitment to each other and make sure it is one that is going to be long term.”