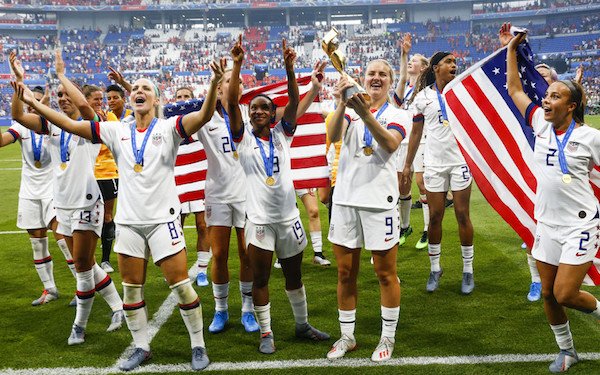 The 27-year-old Arizonan was voted the 2019 U.S. Soccer Female Player of the Year after serving as the linchpin to the U.S. midfield in the run to the 2019 Women's World Cup title and helping the Chicago Red Stars reach the 2019 NWSL final.

This is the second Female Player of the Year award for Ertz, who also earned the honor in 2017.

"It's been a whirlwind of a year and one that I'm extremely grateful for," said Ertz. "My team lifted me up in so many ways and our experiences on and off the field in 2019 just encapsulate the love I have for the National Team and for wearing this crest and what it represents."

"Julie was such a critical part of our success this summer," said former U.S. Women's National Team head coach Jill Ellis. "It's wonderful that she's being recognized in this way. She's always a consummate professional regardless of the environment. Whether it's in training, National Team games or in the NWSL, she always brings a level of professionalism, effort and talent."
women's national team
2 comments about "Julie Ertz voted 2019 U.S. Soccer Female Player of the Year".
Read more comments >
Next story loading