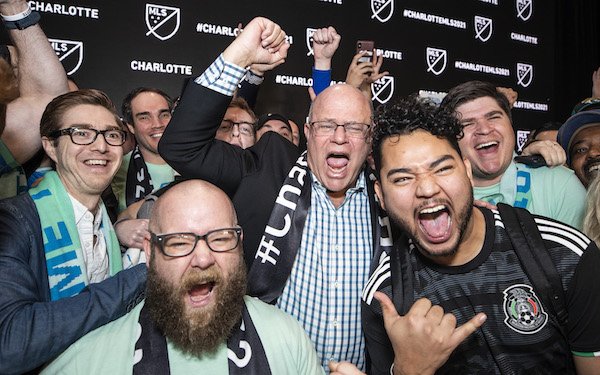 Less than 18 months after Charlotte re-emerged as an MLS candidate when Commissioner Don Garber said he was intrigued by the interest of David Tepper, who has just purchased the NFL Panthers, Tepper has an MLS team.

On Tuesday, Garber confirmed that Charlotte would be MLS's 30th team -- and begin play in 2021, a year earlier than St. Louis and Sacramento, which have also been announced as MLS expansion cities in the last five months.

St. Louis and Sacramento need to wait while they build new soccer-specific stadiums. Tepper plans on putting his MLS team in 75,523-seat Bank of America Stadium, where the Panthers play. He  bought the Panthers from founder Jerry Richardson in May 2018.

A different group -- led by Marcus Smith, CEO of Speedway Motorsports -- pushed for a Charlotte team in the 2017 MLS expansion race. It  proposed a private-public partnership for the construction of a $175 million soccer stadium, but the Charlotte bid quickly faded when the full support of Mecklenburg county commissioners and Charlotte city council members wasn't forthcoming.

As expansion headed back up, Tepper quickly moved in to snatch one of the fourth expansion spots finalized in 2019.

"You have to understand how fast this process was in Charlotte," Tepper said on Tuesday. "From Day One, it was important to get this process going. I was very much afraid that there would only be 30 teams here and I thought that Charlotte was an ideal place for MLS. When you talk about the last two entries, they were in this stage three years. This hasn't been a three-year process. This was 20 months ago or 18 months ago coming in here and saying what we're going to do and then trying to do it."

To secure the 30th spot -- what Garber has said will be the last expansion move for a while -- Tepper paid a record fee of upwards of $325 million.

With Nashville and Miami starting in 2020, Austin and now Charlotte in 2021 and St. Louis and Sacramento in 2022, this is the fastest MLS has expanded in its history. Until now, MLS has never added more than four teams over a three-year period.

MLS, which enters its 25th season in 2020, wants the new teams up and running successfully when the push to promote MLS in the context of the 2026 World Cup begins. And that will happen soon, in 2023, after the 2022 finals in Qatar end.

"We have expanded very rapidly over the last number of years," Garber said. "We have five teams, now six, coming in between now and 2022. That's a lot of on-boarding and a lot of capacity we need to manage, not the least of seven new soccer stadiums that are coming online." 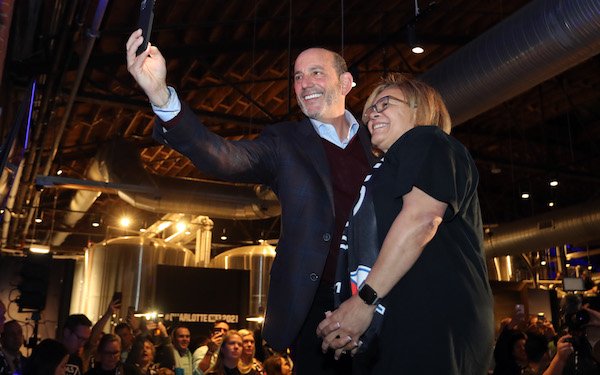 Recently, most MLS expansion teams have been instant successes in their markets if not all on the field. There has been some concern about how season ticket sales have been going in Nashville, but Nashville SC CEO Ian Ayre has downplayed those worries.

Tepper, who made his fortune as a hedge-fund manager, is nothing if not ambitious. His model for Charlotte is Atlanta, which has shattered MLS attendance records since its launch in 2017

Atlanta United had 34 months to launch its team and had the attraction of a new domed stadium -- Mercedes-Benz Stadium -- in which it played. Charlotte has less than 15 months and will play in a stadium that opened in 1996 and needs renovations to accommodate soccer.

Soccer has drawn in Charlotte for big events --  International Champions Cup and Gold Cup matches -- but no history of sustained interest at the club level. The Charlotte Independence, which has no connection to Tepper's group, averaged only 1,750 fans a game in 2019, the lowest attendance of any independent team in the USL Championship.

"We're going to have one big party," he said, "all season long for soccer in Charlotte. Every game. Every game is a party."