U.S. Soccer is slowly but surely building a pipeline to shepherd talented players from club soccer to the national team via college soccer.

The interesting part here: Only one college is involved at the moment, and the national team’s biggest stage has been taken away just as it develops into a perennial medal contender.

Those names aren’t particularly apt. The most accurate is “7-a-side,” but that doesn’t say much to casual fans. “CP” is in the name of the international organizer, the International Federation of Cerebral Palsy Football (IFCPF), but the sport is also open to those who’ve suffered traumatic brain injuries, stroke or similar afflictions. And “Paralympic” doesn’t apply because the sport was unceremoniously booted from the Paralympics, coincidentally when the IFCPF broke away from an umbrella group for CP sports and when the USA started to get really good.

U.S. Paralympians have been actively involved in U.S. Soccer governance, with the late Jon McCullough serving as chair of the Athlete Council in the mid 2000s and Chris Ahrens holding that role now. The sport also gained exposure when one of its athletes, Josh Blue, won the reality show Last Comic Standing and went on to a stand-up career in which he pokes good-natured fun at how overmatched his team was in 2004.

“We didn’t do good -- at all,” Blue says with immaculate deadpan delivery. “We were playing against teams like Brazil and Russia, like, teams that have a program where they live together all year-round and practice twice a day and, uh ... we didn’t do that.” 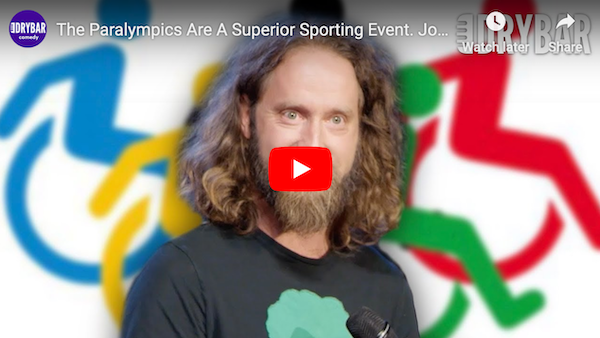 Now they’re starting to do that.

“This commitment will enable our Paralympians to play for the team full time,” the federation said in its recap of the 2019 annual general meeting, at which U.S. Soccer also announced its new “extended national teams” department for Para 7-a-side soccer, beach soccer and futsal.

At the most recent board meeting, the federation said it had launched a central training center in Atlanta with four full-time players, and it mentioned a new pathway: grassroots, club, college, full-time, national team.

The “college” part currently consists of one program at Clemson University, where IFCPF head of officiating Skye Arthur-Banning is an associate professor.

Clemson doesn’t have enough players for a full-fledged team, and some players haven’t been able to get into the school. This isn’t varsity football or basketball, with its preferential admission, though players can get in-state tuition even if they’re not from South Carolina. Nor do they have intercollegiate competition as in wheelchair basketball, which can attract players through scholarships, or track and field. But players get training opportunities as a group and with the university’s able-bodied club soccer team.

“We’ve had a few (other schools) reach out, but no other programs that I’m aware of,” Arthur-Banning said. “We’re looking at this almost as a residential training center rather than a competition team.”

The Clemson program doesn’t have a direct tie to U.S. Soccer, but Arthur-Banning is in regular contact with national team coach Stuart Sharp, and the relationship helps the program land funding.

“We have a grant from the U.S. Department of Veteran Affairs to do adaptive sports training,” Arthur-Banning said. “We’re able to do that because we’re in partnership with our (national governing body).”

The game will likely have a more official place in the federation after the annual general meeting in February, where members will vote on whether to approve CP Soccer as a member organization. The group runs camps and is organizing a U-21 national team. 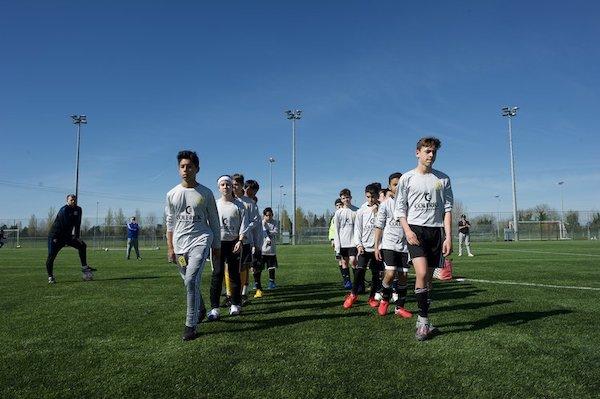 The sport itself is at a crossroads. The International Paralympic Committee claimed the sport lacked “worldwide reach” when it dismissed the sport from the Games, and it cited a gender equity issue in refusing to reinstate the sport for 2024. (The IFCPF is working to build the women’s sport and will have its first women’s World Cup in 2020.)

But other sports also will have a gender imbalance in 2020. Track and field will have 93 medal events for men to 73 for women, shooting will have 100 male athletes and 54 women, and table tennis will have 174 men and 106 women. Wheelchair rugby is officially mixed but is overwhelmingly male.

And in another ironic twist, one Paralympic sport that has no women at all is the other Paralympic soccer -- the 5-a-side game for the visually impaired. U.S. Soccer currently has no team in that sport but welcomed the U.S. Association of Blind Athletes as a member earlier this year.

CP soccer already has a couple of women serving as international officials alongside Arthur-Banning, and U.S. fans will recognize two of those names -- Christina Unkel and Margaret Domka. Refereeing the 7-a-side game is an interesting opportunity for refs. Some refs move into 7-a-side as they wind down their international careers. Some use it as an opportunity to gain experience while they’re young. For the most part, 7-a-side looks just like 11-a-side able-bodied soccer, just on a smaller field and with fewer throw-in rules -- one-armed throws and rolls are allowed. 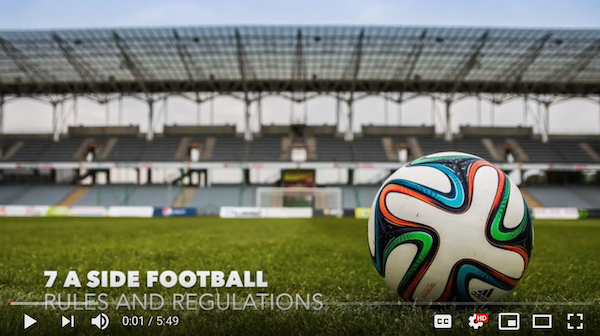 The USA also is represented on the IFCPF board by longtime U.S. Soccer staffer Jim Moorhouse, now the director of the federation’s extended national teams department. And the national team is doing quite well, having placed fifth in the 2017 world championships and sixth in the 2019 World Cup. A breakthrough medal in international play seems imminent.

That wasn’t the case in Blue’s day. In his comedy routine, he recalled an 11-1 loss to Russia: “And the one was ... they scored on themselves. They just got tired of shooting on our goalie, so (they’d) take some real shots. And he saved a bunch of their shots, man.”

That result was either exaggerated or came from a different competition -- the USA only lost 3-0 to Russia in the 2004 Paralympics. Either way, the results have flipped in recent years, with the USA now ranked fourth, four places ahead of Russia.

And now the USA has programs in place to stay there.