How the U.S. women made 2019 glorious for American soccer

American soccer will remember 2019 for the remarkable achievements and milestones of the U.S. women's national team, which Jill Ellis  guided to a fourth World Cup title.

Also in 2019, Ali Krieger earned her 100th cap, Alex Morgan scored her 100th goal, and after the team was feted in New York City with a ticker-tape parade, it set the American attendance record for a stand-alone women's friendly.

The year began for the U.S. women when they traveled to France in January for a friendly against the World Cup host -- a trip during which they helped honor American Day-D veterans at the beach of Normandy.

The achievements and milestones are perfectly packaged in this U.S. Soccer production: 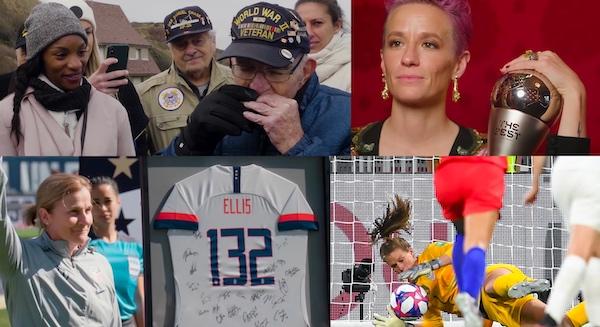 women's national team
1 comment about "How the U.S. women made 2019 glorious for American soccer".
Next story loading