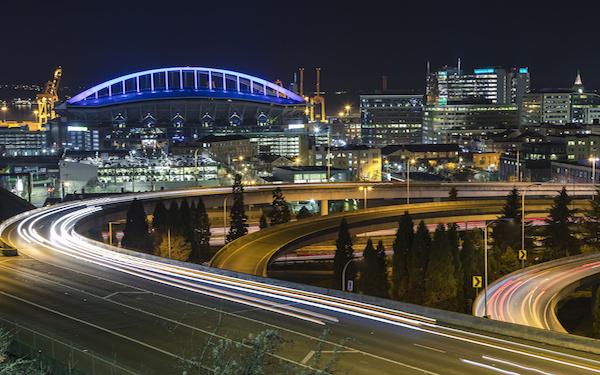 As metropolitan areas go, few reflect the soccer boom of the last half century better than Seattle.

Pro soccer began with the arrival of the Sounders in 1974. They were the first NASL team to register a sellout when they draw a crowd of 13,498 fans at Memorial Stadium for their game against the Philadelphia Atoms.

Forty-five years later, the Sounders drew a franchise-record 69,274 fans at CenturyLink Field, the largest ever for a sports event at the stadium, to watch them beat Toronto FC, 3-1, to win MLS Cup 2019.

Youth soccer flourished across the state of Washington, producing such players as Michelle Akers and Hope Solo, two of the great women's players of all time. The Sounders academy program is one of the most progressive in MLS, sending three U.S. players to the 2019 U-17 World Cup.

Soccer is the most popular sports activity among Seattle boys (35 percent) and girls (25 percent), according to a University of Washington survey of 1,038 youth. With its proximity to mountains and the water, Seattle ranked second in the country, behind only Arlington, Virginia, as the fittest city in the United States in 2019.

But the report of the Aspen Institute's Project Play on Seattle and King County sports and recreation programming tells a story that is common across the country and common to all sports:

Pay-to-play is a problem. Aspen Institute research suggests that the average King County family spends $825 per child for 12 months of participation in one sport, almost 20 percent higher than the national average. And it has spilled over into high school sports. Players are pressured (or feel pressured) into playing club sports if they want to compete in those sports at the high school level (even JV).

But pay-to-play is only part of the problem. The rise in the costs of school athletic fees in the last decade -- since the Great Recession -- have driven down the participation rate in school sports. (A bill to cap the fees for school sports and other extracurricular activities stalled in the Washington state legislature’s 2019 session.)

But an even more fundamental problem is lack of access:

-- There aren't enough parks and facilities to meet the demand to support youth sports activities.
-- Many youths don't have convenient transportation options to get to parks or facilities.
-- Those youths who live near parks or facilities are often discouraged from going there because parents view them as unsafe. (One parent said, "No parent in their right mind would allow their kid to go there, or maybe they would allow their kid to play at the park but not to walk there.”)
-- Overcrowded parks and facilities have led to field-scheduling policies and procedures that are so burdensome they have become barriers to entry for new organizations or for those who don't speak English.
-- Crowded fields leave little or no space for free or unscheduled play.

The Aspen Institute's recommendations for reforming youth sports and making them more accessible include to think small and think local, focusing on establishing schools as hubs for sports and recreation. They already provide easy and safe access for all youths in school. And they have families with a vested interest in using the facilities for the greater interest of the community.

With that in mind, here are SA's tips, drawing on the Aspen Institute's recommendations, on what soccer leagues and organizations can do or facilitate:

1. Identify teachers who have a background and interest in the sport and support them in getting involved in coaching and promoting soccer at all school levels.
2. Integrate soccer into p.e. classes.
3. Make school playgrounds soccer-friendly for recess.
4. Organize soccer activities in after-school programs.
5. Launch interscholastic programs at schools that don't have them.
6. Lobby to reduce or eliminate fees for interscholastic participation in soccer and other sports.
7. Develop comprehensive joint-use agreements for access to existing and new school fields and facilities.
8. Provide year-round support for the maintenance of fields and facilities.