American teenagers are knocking on the door at some of the biggest men's clubs in Europe.

Uly Llanez, one of the youngest Americans in Europe, was called up to the U.S. men's national team for its January camp.

There's no guarantee any of the them will make it. In the last decade, players like Sebastian Lletget, Emerson Hyndman and Brooks Lennon tried unsuccessfully to break into Premier League clubs and are now back in MLS. Nothing has been heard from Junior Flores, the former Borussia Dortmund phenom, for a couple of years.

The progress they will make this spring will go a long way toward determining their chances of bucking those odds -- and how long before they might be ready to contribute to the U.S. senior national team.

Here are 10 players to watch this spring ...

Taylor Booth (Bayern Munich, 18). Booth, who grew up in Utah and played for the La Roca and Real Salt Lake youth programs, went under the radar, good enough to make the 2017 U.S. U-17 World Cup team but too young (1999 birth year) to have an impact in India. (He's eligible for the 2020 U-20 World Cup.) Booth's break came when his father's heritage allowed him to receive an Italian passport and register with Bayern Munich in 2019 when he was 17.
Fall: Booth played 14 games for Bayern's U19 team and four more in the UEFA Youth League. 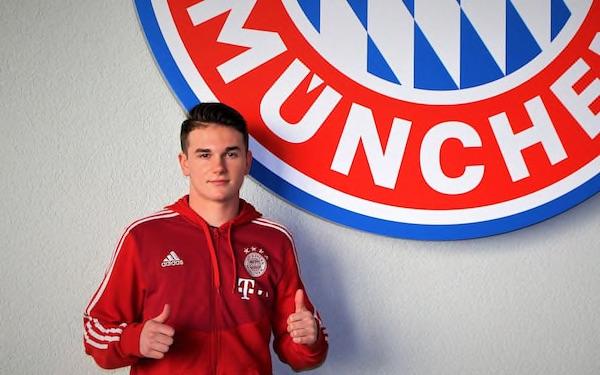 Konrad de la Fuente (Barcelona, 18). Stay with a long-shot hope of breaking into one of the most famous teams in the world or seek his breakthrough elsewhere. Those are the options for de la Fuente, who started for the USA at the 2019 U-20 World Cup and is eligible for the 2021 tournament. ESPN reported that de la Fuente has rebuffed Barca's offer of a new contract -- his current deal expires at the end of the season -- and he is considering a move to join Jurgen Klinsmann's Hertha Berlin.
Fall: De la Fuente scored three goals in five games in the UEFA Youth League and made his first start for Barcelona B in the Spanish third division.

Richie Ledezma (PSV, 19). Ledezma is considered the top prospect on Jong PSV, PSV's second team, and is getting his first extended look with the first team at its winter camp in Qatar. A foot injury set back back with the U.S. U-20s and PSV O19, its U-19 team, last season, but he has put that behind him, earning his first call-up to the first team for an Eredivisie game in October and attending the last two U.S. U-23 camps of the year.
Fall: Ledezma played 19 games (17 starts) for Jong PSV and scored twice in a 3-2 win over AZ II. 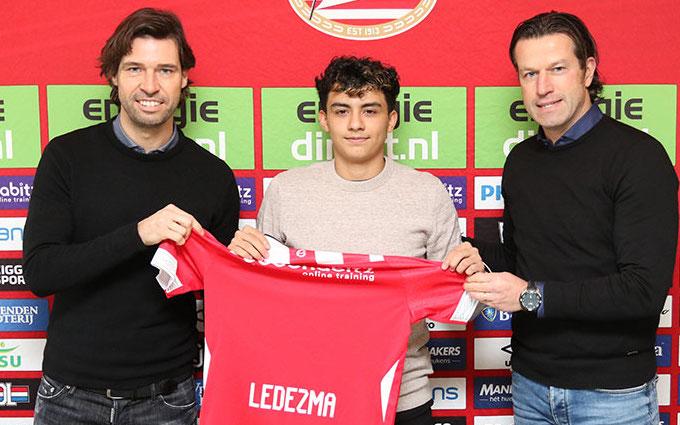 Uly Llanez (Wolfsburg, 18). Llanez is with the senior national team that opens January camp on Monday in Bradenton, Florida. It follows an outstanding start at Wolfsburg. He didn't turn 18 until last April, too late to be registered to play last season. Like de la Fuente, Real Salt goalkeeper David Ochoa and LA Galaxy defender Julian Araujo, Llanez is eligible to play for the USA at the 2021 U-20 World Cup after going to Poland last spring, but he could be called up to the U-23s for Olympic qualifying in March.
Fall: Llanez started out with two goals in each of his first three games, then was injured, sidelining him for almost two months. He finished with 10 goals in 11 games in the U-19 Bundesliga.

Alex Mendez (Ajax, 19). Mendez's move from Freiburg to Ajax after just half a season at the Germany club's U-19s turned a lot of heads. It's a great opportunity for the MVP of the 2019 Concacaf U-20 Championship but not without risk. If he breaks through, he will have certainly earned it. Ajax is bursting with teenage talent in midfield, including 17-year-olds Ryan Gravenberch and Naci Unuvar.
Fall: Mendez played 14 goals (6 starts) for Jong Ajax, which finished the fall campaign in second place in the second-tier Eerste Divisie. 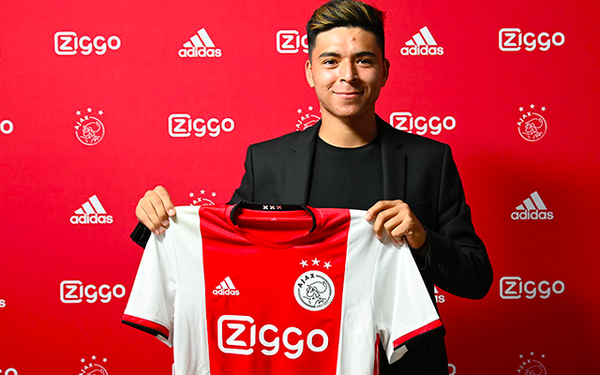 Owen Otasowie (Wolves, 19). Otasowie was born in Brooklyn and moved to England when he was 10 but not before starting a successful modeling career. He signed a new two-and-a-half-year deal with Wolves after receiving interest from the likes of Liverpool and Paris St. Germain. Otasowie, who can play center back or in central midfield, played two games for the U.S. U-18s in 2018 and is eligible for the 2021 U-20 World Cup. His international choices also include England and Nigeria.
Fall: Otasowie started the 2019-20 season with Wolves' U-23 team in the Premier League 2 but he made his senior debut in December when he came off the bench in Wolves’ 4-0 Europa League win over Besiktas. He has since dressed for Wolves in Premier League and FA Cup games.

Gio Reyna (Borussia Dortmund, 17). Reyna didn't take long to make an impression, joining Dortmund on its summer tour of the United States, then sticking around with the first team for the rest of pre-season. He dressed for his first Bundesliga game in December and is in Marbella, Spain, for winter training.
Fall: Reyna scored four goals for Borussia Dortmund in the UEFA Youth League and three in the U19 Bundesliga. 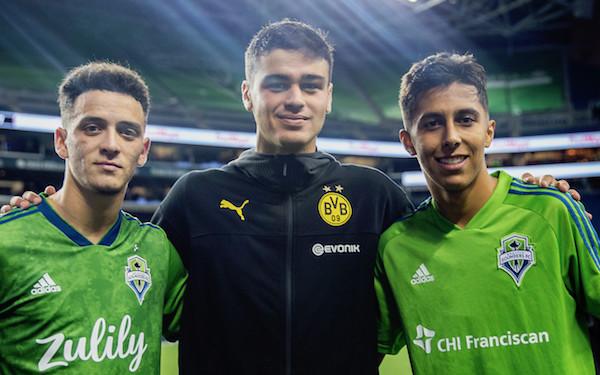 Chris Richards (Bayern Munich, 19). Richards has taken part in Bayern's first-team preseason campaigns in both 2018 and 2019, so his call-up for winter camp was not a surprise. He is one of three young center backs along with Lars Lukas Mai and Bright Arrey-Mbi are in Qatar as Bayern is assessing its depth for the second half of the season.
Fall: Richards was promoted from the Bayern U19 to Bayern II in 3. Liga, where he has made 15 starts. 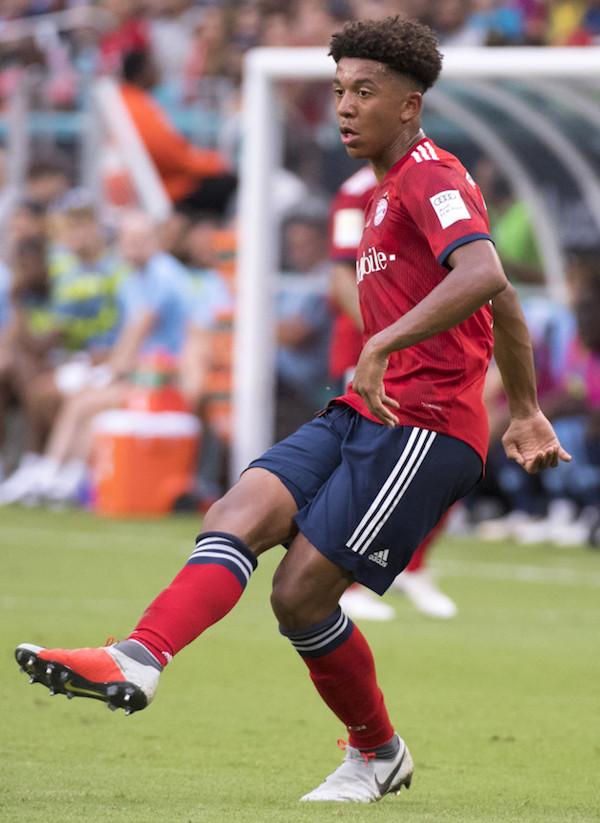 Travian Sousa (Hamburg, 18). Sousa, a regular on the U.S. U-19s and U-20s in 2019, was one of three players in the academy program at Sacramento Republic FC who moved to German clubs over the summer, and he quickly made an impression at HSV. The 5-foot-4 left back was called up to play for the first team in a friendly during the October international break and he joined HSV for winter camp in Portugal.
Fall: Sousa made 14 appearances for Hamburg in the Bundesliga U-19's Nord/Nordost group and one for Hamburg's second team, which plays in the fourth-tier Regionalliga.

Indiana Vassilev (Aston Villa, 18). Born and raised in Savannah, Georgia, to Bulgarian immigrants, Vassilev debuted for Aston Villa in its third-round loss to Fulham in the FA Cup on Saturday. He signed with Villa in 2018 after playing for the USA at the 2017 U-17 World Cup.
Fall: Vassilev started the 2019-20 season with Aston Villa's U-23 team and scored four goals in six games in the Premier League 2.