Avoiding Qatar proves not so difficult after all

No matter how old and cynical I become, I'm still naive enough to hope that the world may become a better place. So when I read the headline that U.S. Soccer had canceled its three-week training camp in Qatar, I thought for one short second that soccer's governing body had followed its conscience and opted to boycott the 2022 World Cup host due to its negligible devotion to human rights. 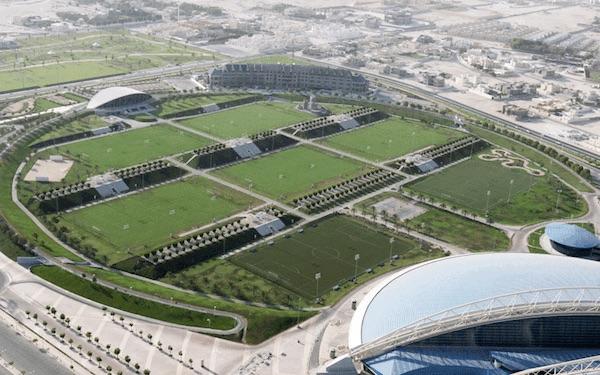 In the time it takes for a simpleton without dark glasses to realize that looking directly at the sun is damaging to the eyes, I found the real reason in the story's first sentence. The camp was in fact re-located due to security concerns following the U.S. government's assassination of the Iranian general Qasem Suleimani. The U.S. team will conduct its training camp in Florida, where it's also warm and where there are also lots of quality soccer fields.

For those who think that sport can divorce itself from political reality, though, rest assured that U.S. Soccer has stated that it is "working with the Qatar Football Association to find an opportunity in the near future for our team to experience Qatar's world-class facilities and hospitality." That world-class hospitality has been experienced first hand by the 1,300 plus Nepali workers who died from heat-related stress while working on construction projects in Qatar between 2009 and 2017.

For those who think that sport and politics are inextricably linked, there have been a number of interesting stories over the past month. Last week North Korea withdrew its women's soccer team from the final round of Olympic qualifying, due to take place in South Korea in early February. It was a rapid response to South Korea backing out of a joint-Korean application for the 2023 Women's World Cup. The healing powers of sport can't quite overcome the fact that both countries are officially still at war.

Just before Christmas, Arsenal's Mesut Özil asked the Muslim world to show solidarity with the oppressed Uighur community of the autonomous Chinese region of Xinjiang. The Chinese state broadcaster CCTV responded by canceling its broadcast of Arsenal's Premier League game against Manchester City, while a Chinese soccer federation official was quoted in an official government newspaper as saying "Özil’s comments are undoubtedly hurtful to the Chinese fans who closely follow him, and at the same time his comments also hurt the feelings of Chinese people." Arsenal distanced itself from the player's stance, perhaps bearing in mind that China is the Premier League's most lucrative foreign market for TV broadcast rights.

That same weekend, the Spanish second division game between Rayo Vallecano and Albacete Balompie was suspended at halftime by the referee. Vallecano fans had heckled Albacete's Ukrainian striker Roman Sosulja as a Nazi for his alleged far-right sympathies. This was unprecedented -- despite several decades of racist and homophobic chanting in the Spanish league, a game had never previously been suspended. La Liga President Javier Tebas praised the referee for his decision. Tebas was also once active in the fascist Fuerza Nueva movement of the 1980s, and last year publicly expressed his support for Spain's extreme right Vox party.

These examples illustrate in various ways how you can not globalize sport for its commercial exploitation and then be shocked when there are political repercussions. The demonstrably corrupt decision to stage the 2022 World Cup in Qatar was always going to be placed at risk of an inflamed regional conflict. It can not be a surprise to sports functionaries that the political leadership of, say, Iran and the United States might just be insane enough to lead us down the path of a long and destructive war that would kill thousands and negatively affect the lives of millions. (There is no other outcome to armed conflict. There is no upside to being killed, maimed, traumatized or displaced.)

Professional sport can no longer exist in a vacuum and pretend that is only about the game and the result. If it wants to play the positive, empowering role that the hollow marketing slogans of its sponsors and administrative bodies proclaim, then it must present a morally impeccable model. By avoiding a country like Qatar, for example, where homosexuality is illegal, women are oppressed, and foreign workers are ruthlessly exploited. These are unforgivable transgressions documented both by the country's own constitution and the diligent research of human rights organizations.

I keep reading that it's unreasonable to expect any single country to withdraw from the coming World Cup on the grounds of mere principle. Yet the U.S. national team just withdrew from a training camp in Qatar for security reasons. Presumably it would do the same if that risk still exists in 2022. So, it's possible after all. If you have the conviction to be worried about the safety of the national team's soccer players, it is surely possible to harbor that same conviction for the safety of stadium construction workers or individuals facing 100 lashes for "illicit relations."

world cup 2022
10 comments about "Avoiding Qatar proves not so difficult after all".
Read more comments >
Next story loading