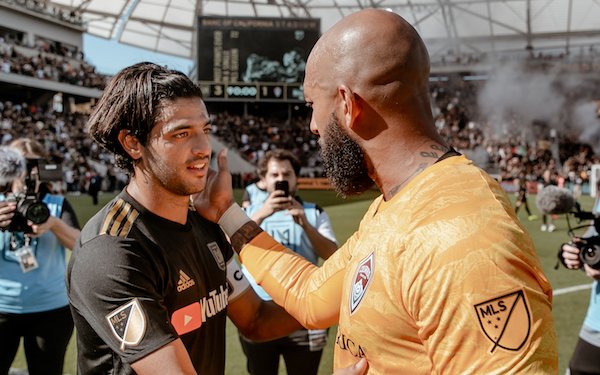 , who put away his goalkeeper gloves at the end of the 2019 MLS season, is taking over as the sporting director at Memphis 901 FC, the USL Championship club at which he is a minority owner.

Howard played his last season in 2019, retiring from the Colorado Rapids after a 23-year pro career.

“Tim has been integral to our pursuit of excellence,” principal owner Peter Freund. “There is no one who cares more deeply about this organization, this soccer community and its future more than Tim does.”

Howard was born and raised in New Jersey but has made his home in Memphis in recent years. He'll be in charge of selecting players, developing club and technical staff philosophy and running the soccer operations.

“As a minority owner, it’s nice to sit up there in a suite,” Howard said. “[But] by the nature of who I am, my competitive spirit, the goalkeeper in me, this role has given me an excitement that mimics playing.”

Howard, who has 121 caps for the USA and started at two World Cups, began his pro career in 1997 with the New Jersey Imperials of the USISL D-3 Pro League. It ended after a four-year run with the Rapids.

Another Rapids hire. Memphis 901 FC also hired James Roeling as assistant sporting director. Roeling was the senior manager of team operations for the Rapids, where he spent the last six seasons.
usl
1 comment about "Tim Howard finds role in Memphis that gives 'excitement that mimics playing'".
Next story loading