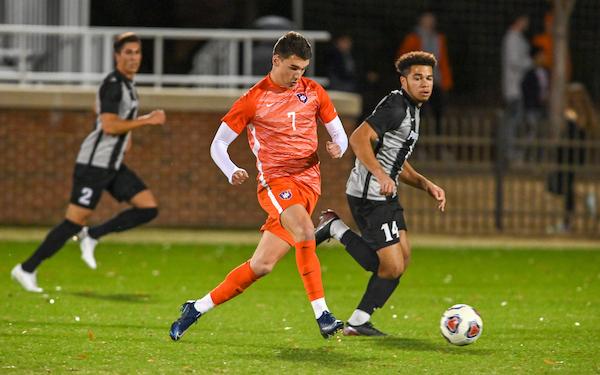 The 2020 MLS SuperDraft (rounds 1 and 2) will be held on Thursday, a week earlier than usual.

For the first time in 18 years, the SuperDraft won't be held at the United Soccer Coaches Convention (being held next week in Baltimore). Instead, the draft will be held by conference call.

The 2020 SuperDraft has lacked the buildup of past years. Teams are pouring resources into their academies and recruitment of young foreigners, pushing the college game aside. There's no player combine to create buzz and serve as a lead-in to the draft.

That's not to say teams can't get help in the SuperDraft.

In 2017, Miles Robinson, Jonathan Lewis, Jeremy Ebobisse and Jackson Yueill were taken within the first six picks and all were capped by Gregg Berhalter two years later. Foreign players have had an impact -- German Julian Gressel and Ghanaian Lalas Abubakar taken in 2017 and Brazilian Andre Shinyashiki, the 2019 MLS Rookie of the Year.

The 2020 SuperDraft will be the most extensive broadcast production ever in MLS draft history with coverage of the first round streamed live on the ESPN App, as well as through ESPN social media channels on Twitter, Facebook and YouTube.

Instead of players and their coaches and families assembling on-site at the coaches convention, ESPN will have cameras embedded on location, including a camera at Clemson University with MAC Hermann Award winner Robbie Robinson, to get reactions at watch parties for the top prospects.

Embedded cameras will be in SuperDraft rooms around MLS, including Inter Miami, which holds the first and third picks. A camera will be embedded with fans at Nashville SC, the other 2020 expansion team.

1. Daryl Dike (Virginia). In his sophomore season, the Oklahoman led the Cavaliers in points (28), goals (10) and assists (8) and drew fouls that led directly to seven goals, including two in the 3-2 quarterfinal win over SMU. His older brother, Bright, played in MLS and later professionally in Russia and Malaysia.

2. Henry Kessler (Virginia). The giant center back is another of four Cavalier underclassmen who have turned pro. New Zealand international Joe Bell is expected to sign with Viking in Norway, while Scotsman Daniel Steedman signed with Atlanta United 2.

3. Jack Maher (Indiana, bottom photo). Maher, who has spent time with the U.S. U-23s, is considered the top defender and could go first in the SuperDraft. He was the 2019 Big Ten Defensive Player of the Year as the Hoosiers won back-to-back conference titles.

4. Dylan Nealis (Georgetown). Nealis, who helped the Hoyas win their first national title, is considered the top outside back in the draft. He's the youngest of four brothers from a Long Island family that played college soccer. Sean, 22, debuted with the New York Red Bulls in 2019.

5. Robbie Robinson (Clemson, top photo). Robinson led the nation in points (45), tied for the lead in goals (18) and was tied for fifth in assists (9) to lead the Tigers to the quarterfinals in the NCAA Tournament. He is also considered a possible No. 1 pick. 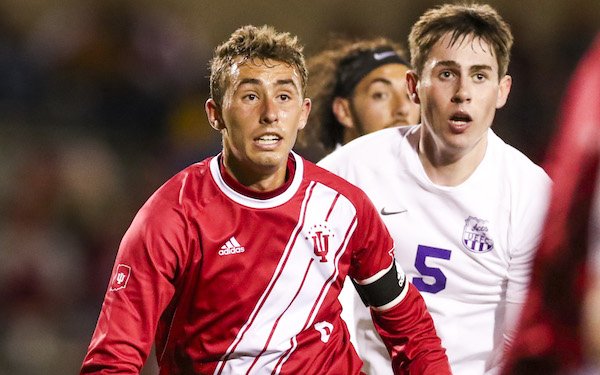