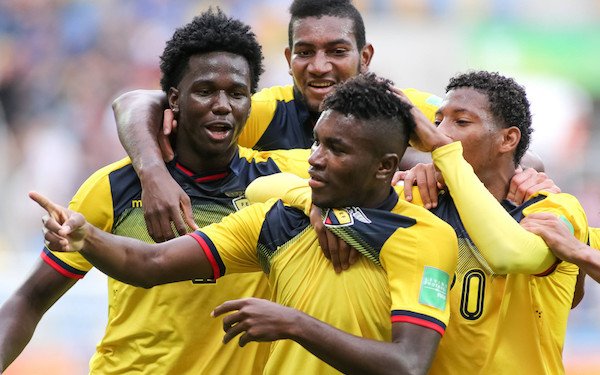 Jose Cifuentes, whose 25-yard shot against the USA was the Goal of the Tournament at the 2019 Under-20 World Cup, became the latest young South American to join LAFC when he signed from America de Quito.

The 5-foot-9 Cifuentes is the second Ecuadoran to sign with LAFC since August 2018. Diego Palacios, Cifuentes' teammate at the 2019 U-20 World Cup, where Ecuador finished third, has since made three appearances for Ecuador's senior national team.

“Jose was one of our top offseason priorities after very strong showings for his club and on the international stage,” said LAFC general manager John Thorrington. “We’re confident that he will fit in seamlessly into our system, and we are very pleased that he’s chosen to continue his professional career with LAFC.”

In all, LAFC has seven South American players under the age of 22 on its roster, all senior or under-23 internationals.

At the U-20 World Cup, Ginella played alongside Brian Rodriguez, LAFC’s 2019 summer signing who has already scored three goals in six matches for the Celeste's senior team.

LAFC began preseason camp on Monday. It opens its season in February against Mexico's Leon in the Concacaf Champions League.