Arturo Vidal's backward sole pass set up Lionel Messi for the gamewinner in a 1-0 Barcelona victory over Granada in the first game of the Quique Setien era. Messi also took part in the buildup -- after receiving the ball from Sergio Busquets, who got it from Antoine Griezmann after Ricard Puig sparked the sequence. Barcelona remains in first place thanks to goal difference ahead of Real Madrid. 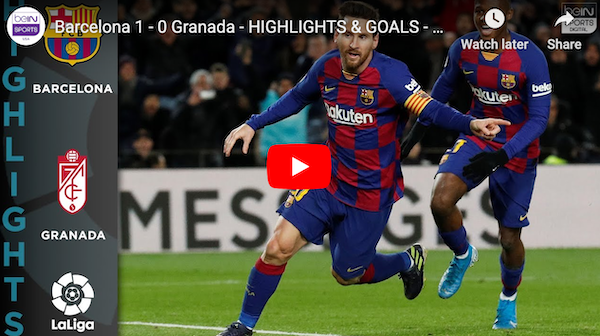