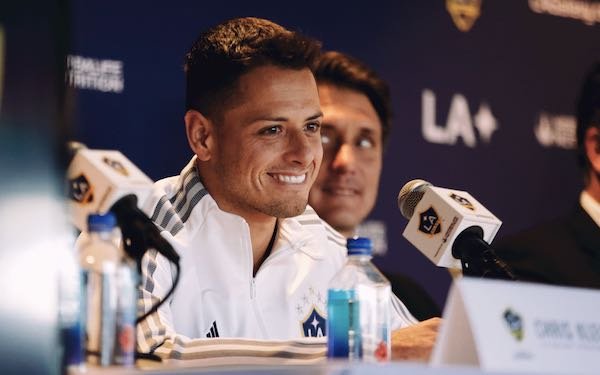 On Thursday, Javier Hernandez was introduced as the newest member of the LA Galaxy.

He'll be the highest-paid player in MLS when you combine his base salary and incentives, reported SI.com's Grant Wahl, and he'll draw adoring Mexican-American fans at the Galaxy's home in Carson, Dignity Health Sports Park, and around MLS.

He'll be assured of playing time he was no longer getting at Spanish club Sevilla.

But if you think it was easy for Chicharito to leave Europe, you should watch the video blog his Australian wife, Sarah Kohan, and he have on the YouTube channel Naked Humans, in which (at minute 26:00) he tells his mother and father, former Mexico World Cup player Javier Hernandez Sr., he has decided to leave Europe after 10 seasons.

"It's the start of the process of retiring, you know," Chicharito tells them. His father asks why, and Chicharito explains, "I'm saying goodbye -- and we're saying goodbye -- to a career in which we worked a lot and I know you guys feel it as well and we're going to see the positive side and it's going to be amazing. But whether we want it or not, we're now retiring from the European dream."

With his own experience of having lived the highs and lows of his playing career, Hernandez Sr. says the move will be at a "beautiful stage of your life" and his mother reminds him that everyone in his family and his wife's family will be closer.

But Chicharito becomes tearful as his parents and he talk about the success Chicharito has had in Europe at Manchester United, Real Madrid, Bayer Leverkusen, West Ham United and Sevilla.

That nostalgia is mixed with a tinge of sadness about leaving European soccer.

"It's not that I couldn't do it," he says. "It's just saying goodbye to this beautiful experience, and it's part of me that's no longer going to be there."

There's also a tinge of doubt about what would happen if he stayed at Sevilla.

"I know it's a sensation of 'maybe I can still do things here,'" his mother adds, "but circumstances don't let you."

That's the rub. Chicharito is leaving because he no longer fit in Sevilla's plans. He's played in just nine (four starts) of Sevilla's 20 games, and the Galaxy came calling in January at a vulnerable point in his career. Would the Galaxy have still been waiting with the same lucrative offer at the end of the season if things didn't turn around? 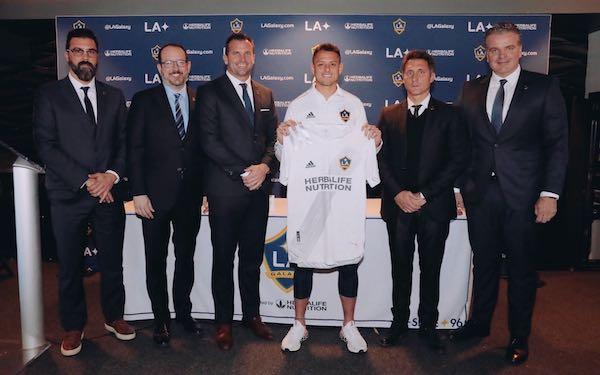 At his introduction to the Los Angeles media on Thursday, Chicharito sounded comfortable with his European career and his decision.

“Upon my return," he said, "I return as a legend of Mexican football. If I could have done more, or If I couldn’t have done more, I did everything that I was capable of within my hands. There were people that didn’t let me play or didn’t allow me to express myself the way that I wanted to, but it’s a part of football. We have to accept it."

He said he has never liked to talk about what might have been.

"There’s a saying," he added, "that I’ve always liked that says, 'If my grandmother had a mustache, she would have been my grandpa.'"