Dax McCarty  has a history of sorts with Major League Soccer expansion clubs, albeit one that lasted barely a few minutes. He was the Portland Timbers' first selection in the expansion draft a decade ago, then immediately dealt to D.C. United. 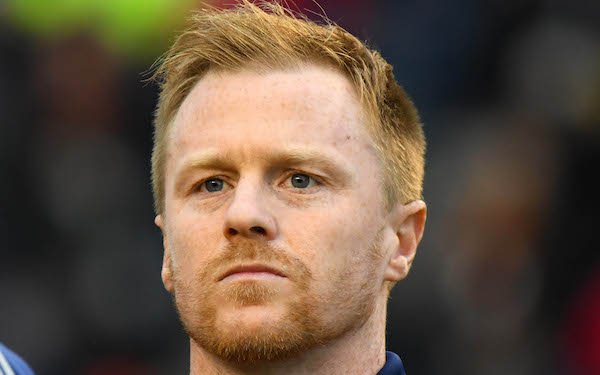 Now, with newcomers Nashville SC, he gets the chance to accompany a club -- lead that club -- in its initial steps. He's excited about the opportunity.

“Contrary to other beliefs, it's actually my first time on an expansion team. Portland doesn't count,” McCarty proclaimed as he began his media session at the MLS Media and Marketing Tour last week at Banc of California Stadium. “I'm excited. I know the city's buzzing, everything you hear from the people in the city, everything you hear from the people involved in the club is nothing but positive things, which I'm sure is to be expected.

“For me, coming from different clubs that have been established in this league for a very long time, this was a new challenge for me. And this was something that I felt really grateful for, because I was actively involved in the process in getting to choose where I ended up. And Nashville was at the very top of the list.”

The 32-year-old midfielder, who also has played for FC Dallas, the New York Red Bulls and the past three campaigns with the Chicago Fire, arrives with big expectations and a desire to set a standard of excellence that will help define the club and its culture.

“I'm telling the younger guys on the team that our expectation is to win,” the 32-year-old midfielder said. “I think I would be doing myself and my new city and our fans a disservice if I was going to sit here and [say], well, making the playoffs would be a successful season for us. Because I've never once in my career, even when I was young, believed that just making the playoffs was ever a measure of success.

“I've always held myself and my teams to a high standard.”

Nashville FC has the foundation for a winner. General manager Mike Jacobs is greatly respected for his work alongside Peter Vermes at Sporting Kansas City and in charge of Nashville's USL side the past two years. Head coach Gary Smith won an MLS Cup in Colorado. And the roster has a strong veteran presence, with German midfielder Hany Mukhtar -- the club's first Designated Player -- forwards David Accam and Dominique Badji, winger Jimmy Medranda, midfielder Anibal Godoy, defenders Jalil Anibaba and Eric Miller, and, of course, McCarty.

“There is a certain recipe that certain teams have followed to be successful, and other teams have done it differently,” McCarty said. “I think the beauty in MLS is there's no one-size-fits-all category for being successful in this league.

The key to success, he said, was constructing a “strong base.”

“I think you have to have a strong foundation in the core, and the spine of your team has to be strong if you want to be competitive right away,” he said. “That starts with your goalkeeper, with your center backs right up the spine of your team to your midfielders and your strikers, and if you can build that to be strong, then you can pick and choose the other areas of need that you need to make better.