It's been a difficult transition for the U.S. men's national team since the disastrous qualifying campaign for the 2018 World Cup.

It took a year before Gregg Berhalter, not necessarily a popular choice for the job, was brought in as head coach, and his team's inconsistent form and often piddling results while building around young talent -- led by Christian Pulisic, Weston McKennie and Josh Sargent -- hasn't done much to convince fans with the 2020 World Cup qualifiers just around the corner.

Alejandro Bedoya, who played in the 2014 World Cup and saw the last of his 66 caps a month after Trinidad & Tobago ended U.S. hopes for Russia, wonders whether Berhalter's efforts to fit his players into a specific, attacking, possession-emphasizing system -- as he did with some success in charge of the Columbus Crew -- might not be “naïve.” 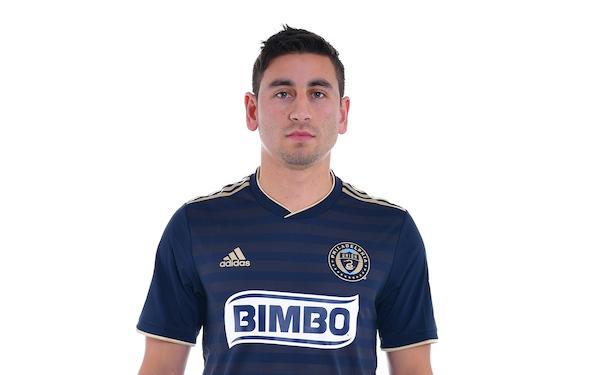 Fellow midfielder Dax McCarty, who made most of his 13 U.S. appearances after Bruce Arena's return as head coach for the final stretch of 2018 qualifying, thinks Bedoya is onto something while warning that the landscape is extremely nuanced.

The USA on Saturday afternoon takes on Costa Rica at the LA Galaxy's Dignity Health Sports Park to end a nearly month-long camp in Florida. Games in Europe against the Netherlands and Wales are set for late March, and the Yanks head to the Concacaf Nations Cup final four in June.

The World Cup qualifying Hexagonal begins in August, and there's concern that the Americans could be shut out again if things don't improve soon.

“We've come to the stage where some guys are lacking confidence after the debacle that we had, because it was a debacle, not qualifying,” said Bedoya, who is entering his fifth season with the Philadelphia Union after seven years in Sweden, Scotland and France. “Sometimes, I see it a little bit too naïve, I guess, trying to play a certain system.

“If I'm being honest, everybody wants to play like Barcelona, tiki-taka. Playing the [Concacaf Gold Cup] final against Mexico [last summer, a 1-0 loss], you could see our center backs were behind our goalkeeper at times, trying to play out of the corner flag. For me, that's just too naïve. Guys just weren't thinking the game like they're used to. It was more like they're just forcing players to play a certain way, instead of playing a little bit that American style that we're used to. We're not technically, maybe, there yet.”

Bedoya was asked if he'd seen progress with the national team since his last call-up.

“You're seeing me hesitating, right?” he replied. “I'm not so sure there hasn't been progress. I'd like to think so. I'd like to think that eventually this style of play we're trying to implement will come to fruition. To have all these players from different mentalities [and playing in] different countries all over the world to come in and try to play this style that's been imposed on them can be tough. I don't know if it's improved.”

“Now what Alé said about maybe trying to force square pegs into round holes, I think that holds a little bit of weight, and I think we have to be cognizant of what has made us a success as a national team in the past. But also, you know, we have to start to think outside the box and implement ideas and ideologies that will make us better in the long run, and I think that's what Gregg is trying to do.” McCarty noted that there, of course, would be “growing pains” during this transition, and that those who thought otherwise were “just kidding themselves.”

“These are the growing pains you have to go through, and let's not forget, these are all very young players that he's breaking in, right?” he said. “And so I 100 percent agree with what Alé is saying, but I also want to be more patient, because I think we've seen, at least with what Gregg Berhalter built in Columbus, which is a team that constantly contended for trophies and played a really attractive brand of soccer.

“I think that if he wants to try to implement that with the national team, he should be given time to try to do that. Even if it hurts in the short term.”