There might be nobody happier to see Thierry Henry in charge of the Montreal Impact than Bojan Krkic. The Spanish forward, who joined the Quebec club last August, has a bit of history with the French legend. 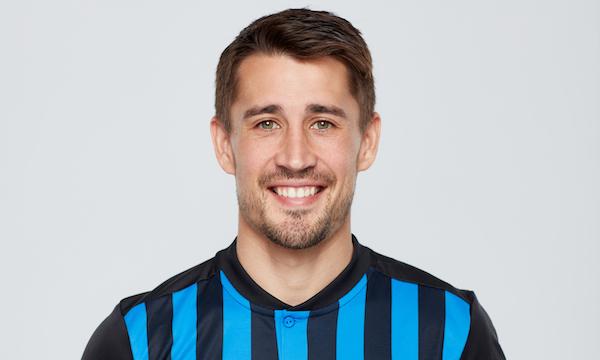 Krkic, 29, a La Masia product, was promoted to FC Barcelona's first team the summer of 2007, when Henry joined the club following eight spectacular campaigns at Arsenal.

“My first year in Barcelona was his first season in Barcelona,” Krkic said during his media session this month at the MLS Media and Marketing Tour at Banc of California Stadium. “Everyday was like a dream for me.”

Krkic's rise in the game was better than a dream. A legend at the Catalan club's academy, he was instrumental in leading Spain to titles at the 2007 UEFA U-17 Championship and the 2011 UEFA U-21 Championship, won the Bronze Ball as third-best player at the 2007 FIFA U-17 World Cup, broke Lionel Messi's record as the youngest player to feature for Barcelona's first team, and had scored 41 goals in 163 appearances for the club before he turned 21.

He's ridden a roller-coaster since, bouncing from Roma to AC Milan back to Barcelona and onto Ajax -- a couple of those on loan deals -- before a five-year stint at Stoke City that included loans to Mainz and Alaves. He debuted with Spain's national team at 18 and hasn't had a second cap.

Krkic, whose father, with the same name, was a midfielder at OFK Belgrade, has been hampered by injuries and inconsistent form, but he's not the least bit bitter about how things have played out.

“All the bad things is not a bad thing,” he said. “It's helping you to do big steps, to grow. And yeah, I've learned a lot from all the mistakes that I did and I'm really happy to live [those] mistakes, because now I'm who I am.”

He signed with the Impact last summer, netted his first goal in 11 months two and half months later, and wrapped the MLS season with goals as Montreal closed with a 1-1 draw against Atlanta United FC and a 3-0 romp over the New York Red Bulls. More vital, he found family.

He hopes to reward that aid this season as the Impact seeks to challenge in the Eastern Conference after missing the playoffs the past three seasons. Henry, among the finest players of his generation -- of any generation, really -- returns to MLS as a head coach after closing his playing career with five seasons with the Red Bulls.

It's Henry's second stint as a head coach, following a tough 20-game run in 2018-19 with AS Monaco. Krkic says that the Impact “can learn a lot” from the Frenchman.

“It's really nice to have him as a coach,” Krkic said. “For me, it's still strange, because I played with him for [three] years. ... It's difficult to say when you play with someone [that you could see them becoming a coach], but Thierry was one of them that always you have respect for him, for who is Thierry as a player.

“For me, as a young player when I started with him, I tried to always be with him in the dressing room, to listen to what he's saying. It's good now to have him as a coach.”