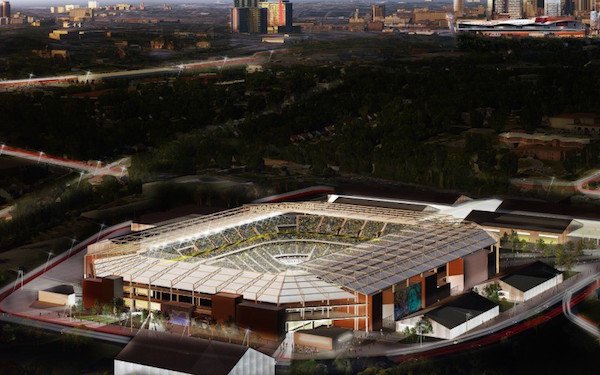 More than two years after Metro Nashville -- the local city council -- approved a plan for a 30,000-seat soccer stadium at the city's fairgrounds, paving the way for Nashville to be awarded the first of six new franchises to enter MLS, starting in 2020, the project remains stalled.

MLS confirmed the impasse in a statement issued on Thursday following a meeting of Mayor John Cooper at Major League Soccer’s office in New York City to discuss the status of Nashville SC’s stadium project at Nashville Fairgrounds.

The statement read in part:

"Earlier today, we met with Mayor John Cooper at Major League Soccer’s office in New York City to discuss the status of Nashville SC’s stadium project. The new stadium and ancillary development have very broad support throughout Nashville and has been overwhelmingly approved multiple times by Metro Council.
"Despite that, Mayor Cooper has not provided approval to begin the demolition to move forward with the stadium project. So, for the past four months, Nashville SC has worked to make the stadium deal even better and has proposed a number of new solutions to satisfy his concerns.
"Even with these proposed new solutions, the Mayor today refused to commit to move forward with the demolition and the approved stadium plan. During today’s meeting, MLS Commissioner Don Garber made it clear to Mayor Cooper that Major League Soccer would not have awarded Nashville an expansion team without the commitment made by the city to build a soccer stadium at the Fairgrounds. The Mayor’s continued refusal to proceed is a deep disappointment to Nashville SC and MLS.
"Nashville SC has agreed to work with the Mayor’s office over the next week to advance the discussions and finalize a plan to begin the stadium construction project. We hope for a mutually agreeable solution and expect to have an update regarding the project by February 6."

The irony is that Nashville won the 2017 expansion sweepstakes, the only city picked by the end of the year out of 12 bidders, because it was the only city that had an owner with deep pockets (John Ingram) and approval on a stadium plan (Fairgrounds project approved by a vote of 31-6 by Metro Nashville in November 2017).

But two things have happened since then. The political winds have shifted dramatically, and inevitably costs have increased.

New mayor in town. Less than three months after Nashville was announced as an MLS expansion team, Mayor Megan Barry, who championed the bid, resigned amid a sex scandal involving her former head of security.

Vice-mayor David Briley replaced Barry, but he was defeated by Cooper, an at-large Metro Council member who garnered more than 69 percent of the vote in a September 2019 runoff to become the first person to defeat an incumbent mayor in the history of the current Metro Nashville government structure.

Nashville SC now found itself having to deal with Cooper, its harshest critic during the initial approval process who had proposed that city voters decide whether to back a soccer stadium at the Fairgrounds.

During the 2019 mayoral campaign, Cooper, who has stated he wanted Nashville SC to shift its attention to a downtown location, said it was too late for Nashville to turn its back on its impending MLS team.

But Cooper has pushed to do two things:

-- Minimize Metro Nashville's risk in the Fairgrounds project; and
-- Bring NASCAR back to Fairgrounds Speedway racetrack.

“Since entering office four months ago," he said on Thursday, "I’ve worked towards a complete solution for the Fairgrounds that is both financially sustainable and results in a successful, unified site plan."

Initial stadium agreement. The 2017 Metro Nashville agreement related to paying to build the stadium and to get Nashville Fairgrounds ready for the stadium:

Repayment of the annual debt of $13 million on the revenue bonds:

-- Nashville Soccer Holdings will pay $9 million a year over 30 years;
-- Sales tax revenue from stadium events and a $1.75 ticket tax will go toward covering the remaining $4 million a year.

The irony is that the deal is a lot more favorable to the city than other stadium projects -- Nissan Stadium, Bridgestone Arena and First Tennessee Park — for which the city incurred larger shares of debt payments and than some of the other stadium deals MLS clubs have since garnered as the expansion and stadium boom accelerated in the last two years.

But Cooper has stuck to his guns in face of rising costs for infrastructure work at the Fairgrounds.

On Monday, he told reporters after speaking at a Rotary Club luncheon that "you need a rockin' plan where the costs are anticipated and covered and [Fairgrounds Nashville] ends up being one of the greatest sites in the country. Not a half-baked solution."

Launch concerns. Concerns already existed about Nashville's slow buildup ahead of its first season. Nashville SC was a hybrid in terms of recent MLS expansion teams. It isn't like Orlando City or FC Cincinnati, which came out of nowhere and won an MLS franchise on the basis of the local support for its USL team, or Atlanta United or LAFC, whose ownership delivered on and off the field with unprecedented investment.

Nashville SC's already planned USL team started in 2018 -- only after it was awarded an MLS team -- but local interest has been underwhelming. 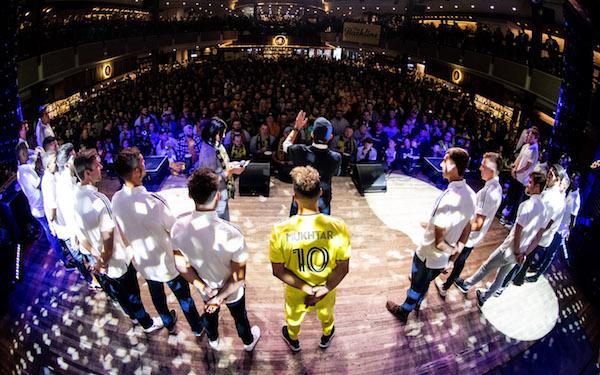