In front of family and friends, Uly Llanez shines in USA debut, and impresses Berhalter and Kreis

Gregg Berhalter  saw everything he needed from Ulysses Llanez as soon as Reggie Cannon was taken down inside Costa Rica's box and Jamaican referee Oshane Nation pointed to the penalty spot. 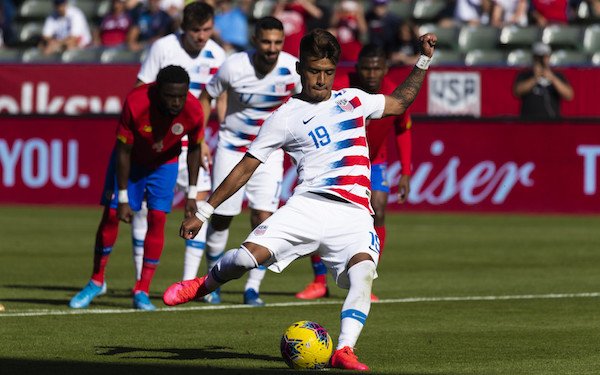 The 18-year-old winger -- making his international debut -- was first to the ball, put it down, then slotted it inside the right corner to give the U.S. national team a 1-0 victory in the Dignity Health Sports Park clash to conclude the Yanks' annual January camp.

That, Berhalter noted when the game was done, perfectly defined the rising phenom.

“It's typical that he took the penalty, because that's the type of player he is,” the U.S. coach said. “He plays with confidence, and I think you saw that, even at the beginning of the game. You didn't see nerves. He was going at guys 1-v-1, he was getting into good spaces, he was running behind the line. A real good combination of things he did in the game today. And his defensive work was strong as well.”

Llanez, who has been tearing it up with VfL Wolfsburg's under-19 team after leaving the LA Galaxy last April, looked little like a typical debutant, using his speed, skill and savvy to slice open Costa Rica's defense and create opportunities against an experienced side that sat deep and compact most of the way.

U.S. U-23 head coach Jason Kreis, who can use Llanez in the Concacaf Olympic qualifiers in March and, should the Yanks qualify, at this summer's Tokyo Games, hadn't seen the youngster up close before the four-week camp staged in Bradenton, Florida, until moving to Southern California the week before the clash with Costa Rica.

“His performance in the match, I think that's a real positive ...,” Kreis said. “Just from a confidence perspective, it didn't look like the occasion was too big for him. He didn't seem to shy away from anything in the match. And to step up the way he did to want to take the penalty kick, I think, says something about the character of the kid. That's a nice sign.”

It meant the world to Llanez, who is from nearby Lynwood and grew up with a fierce desire to play in the Galaxy's stadium, a wish that hadn't been granted until now. He had several dozen family members and friends on hand and plenty to prove, and was a huge part of what Kreis called “a small snapshot of what the future can look like.”

“Just having my family here, scoring in front of them, is just something [special],” Llanez said. “After the game, I gave my shirt to my mom, and she just started crying. That just brought so much joy into my life, and I want to keep doing it.”

Llanez hadn't told his parents that he was in the starting XI “because I wanted them to be surprised about it,” he said. “The whole time, my dad was like, 'Oh, why aren't you starting?' and I was like, 'Hopefully, I come in at halftime.' I was messing with their heads a little bit.”

He got the start, on the left flank as part of the frontline in Berhalter's new 4-3-3 alignment, and was on the go from the opening whistle. He made a strong impression in the ninth minute, cutting inside and beating two defenders, then laying a nice ball off into space that, unfortunately, was absent a teammate.

He combined nicely with fellow debutants Jesus Ferreira and Brenden Aaronson and veterans Sebastian Lletget and Paul Arriola to create several chances, two just before the break and another, a feed to Gyasi Zardes that Ticos goalkeeper Esteban Alvarado cut off, midway through the second half.

Llanez's big moment arrived five minutes into the second half, when Cannon, turning the corner toward the right post from a ball into the box from Arriola, was taken down by Randall Leal, who will play for MLS expansion side Nashville SC this year.

Arriola had been taking the penalty kicks in training, but Llanez wanted this one, and the D.C. United attacker was happy to let him have it.

“Look, I know what it was like to score on a debut for the national team, and when you see a player like that go up and say, 'I got it,' what am I going to do?” Arriola said. “I'm a team player, and it doesn't matter who's going to score as long as we score that goal.

Had Llanez missed, perhaps he'd have been a bit less complimentary. Like there was any chance of that.

“I highly doubt [that I could miss],” said Llanez, cradling the ball he put into the net, a gift for his mother. “I've been practicing PKs after training for the whole month, so I highly doubt that.” 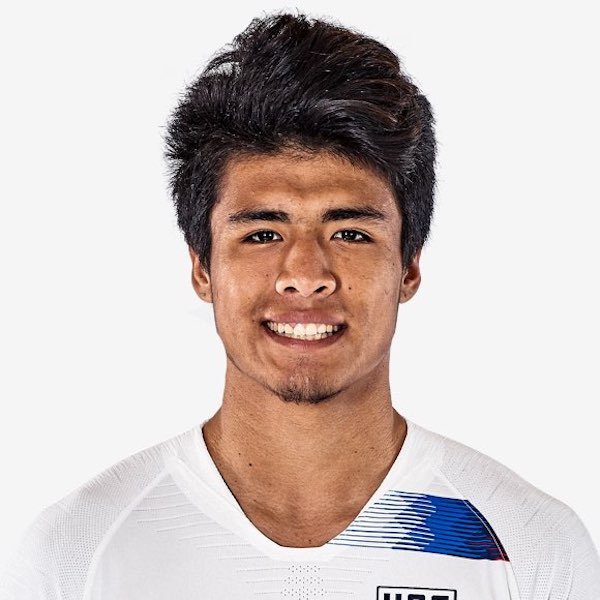 Llanez, a lifelong Los Angeles Lakers fan, paid tribute in the celebration to Kobe Bryant -- tragically killed, along with his 13-year-old daughter, Gianna, and seven others in a helicopter crash six days earlier -- grabbing the ball and mimicking the NBA great's trademark fall-away jumper in a circle of teammates.

Llanez, who in 2017 had been called into a Mexico U-16 camp but says he's “happy here” with the U.S. team, has scored 10 goals in 11 appearances this season for Wolfsburg's U-19 team. His departure last April, after he turned 18, was considered a massive blow for the Galaxy's academy, and it didn't come easy for him. His first days in Germany, he said, were “terrible.”

“I felt it just wasn't for me,” he said. “I felt like Europe wasn't for me. I felt like I made the wrong decision. There would be days I would cry, I would be lonely. ... After, like, the fourth month, the fifth month, I was like, you know what, I'm already here, so let's just make the most of it.

“My family sacrificed for me, so I'm going to sacrifice for them, so hopefully I can give them something better in life.”

He says he'd adapted “a lot” to playing within the Bundesliga club, that he's “still getting more comfortable,” and that he's not concerned with what his next step will be with the Wolves.

“After this camp, I feel like I have a good chance to become something big in Germany,” he said. “I'm just focused on my soccer. I just want to focus on my U-19 season. If I keep doing good, then everything will come into place.”

Getting his first taste with the full national team doesn't faze him either. He knows he's not a finished product -- “I still need to work on my runs in behind,” he noted -- but was always confident he could do the job.

“I just play how I play,” he said. “Just as a winger, come inside, show them what I'm made of. I don't really care about what's around me. Just me, the ball and the team.”