The New York Red Bulls are a team in transition after following their 2018 Supporters' Shield with a disappointing campaign last year, but Austrian winger Daniel Royer, who has scored in double digits in each of his three seasons with the club, believes that there's something special at work that can make the difference. 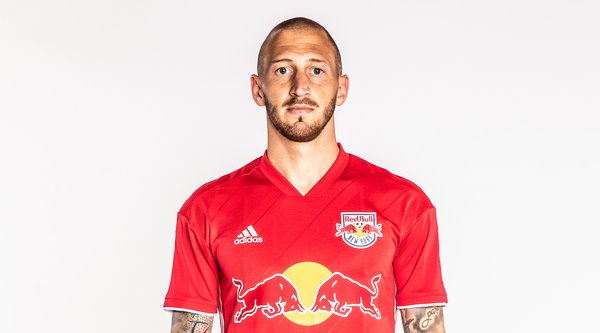 Some of the most important Red Bulls players -- goalkeeper Luis Robles, striker Bradley Wright-Phillips and defenders Kemar Lawrence, Michael Amir Murillo and Connor Lade -- are gone, leaving holes to fill, but Royer is confident that things will fall into place and New York will contend for silverware in 2020.

“I think we always have belief,” said Royer, 29, who has seen time with Hannover 96 and 1 FC Köln in Germany, Austria Wien, and FC Midtjylland in Denmark. “Our mentality and the team spirit is almost unique. Like, I've never experienced it before. It's like a big family, like we're all brothers in this club, and that's just great. So we're pushing each other to improve, and every season is a new chance.”

They haven't been able to find such success in the postseason, and they've made it just once to an MLS Cup final, falling in 2008 to the Columbus Crew. That's hardly unique: Only seven Shield winners in 24 seasons have gone on to win MLS Cup and just three of them -- the Crew in 2008, LA Galaxy in 2011 and Toronto FC in 2017 -- since the Galaxy pulled off its first double in 2002.

Only the Galaxy and D.C. United have more Shields than the Red Bulls' trio, but what the club most desires is to win the big game at the season's end.

What's the next step?

“That's pretty hard to tell,” Royer said during his media session at MLS's Media and Marketing Tour at Banc of California Stadium. “We've had really good regular seasons, we've been able to win the Supporters' Shield multiple times, especially in 2018 when I thought we were doing great the entire season. That could have been the year we could have gone all the way.

“To win MLS Cup last season was a little different. It wasn't our greatest season, but, you know, we always have a pretty young team, and in the playoffs, these are all-or-nothing games. It's not always easy to live up to the pressure in the playoff games, but we always have a good team spirit, especially the young guys.”

A lot of MLS clubs are spending big money on foreign talent, and Atlanta United, which beat New York in the 2018 Eastern Conference final en route to the title, and LAFC burst into the league's top tier from the start. The Red Bulls operate with different principles.

“Seems like it's not totally our philosophy to get players with huge names, because it's more about having a young team, an aggressive and hungry team ...,” Royer said. “But, obviously, when you look around the league and you see how much money other teams are spending and how many good players they're getting from abroad -- from South America or Europe -- it's going to increase the level of the league. But it's still our philosophy, and I think when you look at the past years, we're still able to compete.”

That's the aim again in 2020, but the Red Bulls are rebuilding under third-year head coach Chris Armas and must replace a good deal of leadership provided by Robles -- the club's all-time leader in games and minutes played -- Wright-Phillips and Lade.

“[These guys] were great personalities, on and off the field, especially in the locker room, for the team spirit, for the leadership,” Royer said. “That's normal in soccer, that you experience changes in the team. And other players have to step up a little take more responsibility, have to grow into this role, and normally we're doing fine with that.

“Right now, I'm one of the oldest here, so I also have to step up a little and take more responsibility, talk more. But we still have a good group of guys who take responsibility, like Sean Davis, Aaron Long, Tim Parker, just to mention a few of them.”

The new playoff structure unveiled last year, with single elimination as opposed to two-leg series, delights Royer, but for one thing.

“That was possibly the biggest chance we had in the past years, and we've done great especially at home [going 16-2-1 at Red Bull Arena that season],” he said. “You can't change that, but I wish [the new format had been in place] a little earlier.”