After a decade in Latin America, Lucas Cavallini returns to Canada to boost Whitecaps with World Cup on his mind

This is a critical time for Canadian soccer, and Lucas Cavallini  has come home -- for the first time, as a soccer player -- to defend the homeland. 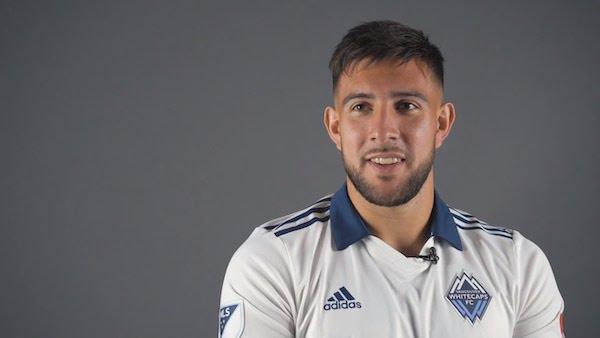 A change in how Concacaf conducts qualifying for the World Cup has put the best Canada side in generations -- and maybe ever -- in a difficult position, needing to climb higher in the FIFA rankings to make the decisive Hexagonal that will send three teams to Qatar or face a series of head-to-heads, the last against a nation from South America, Asia or Oceania to reach the 2022 tournament.

There's more at stake than an opportunity to reach the World Cup finals for the first time since 1986, when Canada, playing in the finals for the first time, lost all three games without scoring a goal. Soccer is growing rapidly north of the border, even surpassed hockey in youth participation, and a role on the world's biggest stage could provide a huge boost for the Canadian game.

“Obviously, the path is long still. We still have a lot of work to do in order to get to the Hex,” said Cavallini, a 27-year-old forward, who last month joined the Vancouver Whitecaps on a club-record transfer fee reported to be about $6 million from Puebla. “Not to worry about how the format is and all that. I'm confident that this national team will get to the Hex.”

It will likely need Cavallini to do so. The 27-year-old, Toronto-born striker, who left home for South America a decade ago and returns after stints with four Uruguayan clubs and two and a half years in Mexico with Puebla, for which he scored 30 goals. He's netted 11 goals in 17 international appearances, all of them across 10 games over a little more than 13 months in the Concacaf Nations League and Gold Cup tournaments.

He's gung ho to represent Canada, but that comes with a caveat of sorts.

“I'm zero Canadian,” he said. “The only thing Canadian I have is I was born in Canada. I basically grew up with Latino culture, with my dad being from Argentina,” Cavallini said during his media session at MLS's Media and Marketing Tour at Banc of California Stadium. “I've never really gotten used to Canadian culture.

“Living on my own outside of Canada [while playing in Uruguay and Mexico] just made me change, but, obviously, I'm proud to play for my country and try to change the face of my country, soccer-wise, and try to make history.”

Canada dropped to seventh in FIFA's November Concacaf rankings and must climb into the top six -- El Salvador is sixth -- in the June rankings to make the Hexagonal. Otherwise, it faces a three-team group against other nations outside the top six, with the winner advancing to an eight-team knockout stage and the victor there facing the fourth-place team from the Hexagonal. That winner heads to the interconfederation playoff.

The Canadians beat the USA in October, with Cavallini scoring the second goal in a 2-0 victory. 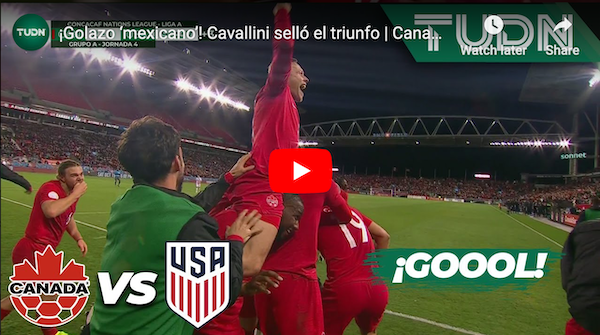 “A lot of interesting players,” Cavallini said. "The generation has been great. The mindset is different now. Winning against the U.S. was something special for us, and we're trying to keep doing that, trying to change the face of the country [in soccer]. And, yeah, get the people to really believe in us.”

“Our chances to make the Hex, it seems tough at the moment, but I believe we can cover the ground and get into the hex,” he said. “I really think if we take care of business [in games over the next six months], we can close the gap on El Salvador, and however the point system works -- I still don't know how -- I think if football is fair, we will have our chance in the Hex, because we deserve it.

“The level we have in our team, it's one of the best teams that we've had in generations. I think we deserve the chance to at least show that we deserve to be in the Hex.”

For Cavallini, playing for a Canadian club, for the first time since his youth-soccer days, is an important part of that process. The Whitecaps are coming off a last-place finish in the Western Conference and believe Cavallini can help steer them to a playoff berth and, perhaps, more.

Osorio, who played with Cavallini as a youth and accompanied the forward to Nacional's academy in Montevideo in 2007, thinks Vancouver will benefit greatly.

“Vancouver is getting a goalscorer,” he said. “They're getting goals, for sure. That I can guarantee. How much, I don't know. But he will score for them, and I think that's what their club needs.”

Cavallini aims to hit the net for Canada, too. He knows he needs to.