New U.S. national team uniforms will be worn for first time in March

U.S. Soccer unveiled the new Nike home and away kits that will be worn by its national teams starting in 2020.

The U.S. women will debut the new, dark kit -- incorporating a fourth star above the crest, symbolizing the four World Cup championships -- on March 5 when they face England in the first match of the SheBelieves Cup at Orlando's Exploria Stadium. 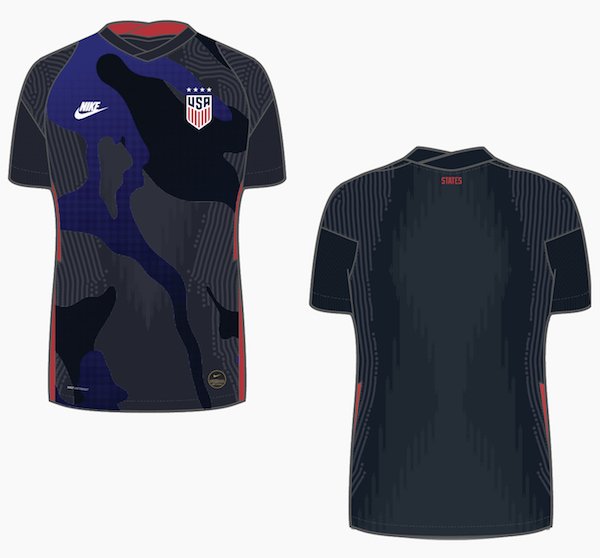 The U.S. men will wear their new kits during the European friendlies at the Netherlands on March 26 in Eindhoven and four days later against Wales in Cardiff.