U.S. promotion-relegation claim rejected by Court of Arbitration for Sport 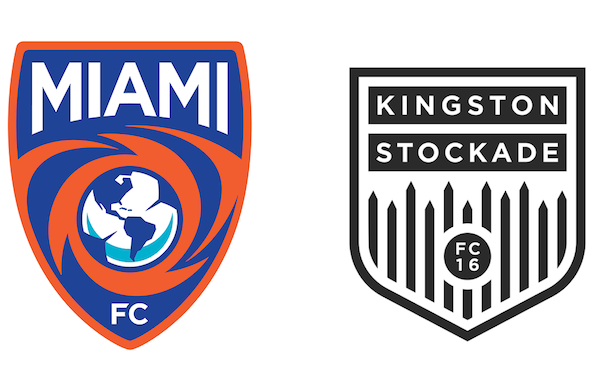 The claim Miami FC (which now plays in the USL after stints in the NASL, NPSL and NISA) and the Kingston Stockade FC (an amateur NPSL team) took to the Court of Arbitration for Sport, asking it that U.S. Soccer, Concacaf and FIFA be required the adopt promotion and relegation across all U.S. divisions has been rejected.

The decision has not been published on the CAS web site, but Panja copied the pertinent section of the decision:

The ruling effectively states that FIFA as the game’s overlord can decided whatever it likes when it comes to its rules pic.twitter.com/PA7f7VJplQ

Miami FC and the Kingston Stockade, whose owner is Foursquare co-founder Dennis Crowley, argued that Article 9 of the FIFA statutes required American soccer have a promotion-relegation system in place:

Article 9 goes on to state:

In addition to qualification on sporting merit, a club’s participation in a domestic league championship may be subject to other criteria within the scope of the licensing procedure, whereby the emphasis is on sporting, infrastructural, administrative, legal and financial considerations. Licensing decisions must be able to be examined by the member association’s body of appeal.

The issue was whether the principle that a club's entitlement to participate depended principally on sporting merit, applied to all leagues or only leagues that operate a pro-rel system.

In March 2008, before Article 9 was adopted, FIFA specifically mentioned "closed leagues" like those that operate in the United States and Australia when it stated the purpose of instituting new rules for other leagues -- those using promotion and relegation:

Concept: Results on the pitch decide whether a club goes up or down a level in every championship around the world except in the United States and Australia, where there are "closed" leagues. Recently it has been possible to achieve promotion artificially by buying or moving a club. FIFA wishes to make sure that this cannot happen again.
Objective: To protect the traditional promotion and relegation system for clubs based purely on sporting criteria - which is the very essence of football.

CAS ruled that Article 9 only applied to leagues that already existed as a pyramid structure and added that “while the wording of Article 9 could be understood as rendering that provision to be universally applicable, FIFA didn’t intend for the rule to apply to U.S. Soccer."

CAS gave "considerable deference" to FIFA, under Swiss law, to interpret its own laws as it sees fit, and the threshold to establish that FIFA has exceeded its limits of "its authority was rather high."

CAS's ruling doesn't mean that U.S. Soccer or a league or collection of leagues couldn't implement a pro-rel system. The USL, which now operates the Championship, League One and League Two, named after the Football League divisions, is developing the closest thing to a soccer pyramid that could add on a pro-rel component, but it remains a privately owned closed league.