Tab Ramos, who in 1995 became the first player signed by Major League Soccer, has embarked on his tenure as an MLS head coach. After a decade of serving as the U.S. U-20 men's national coach, Ramos was named head coach of the Houston Dynamo. 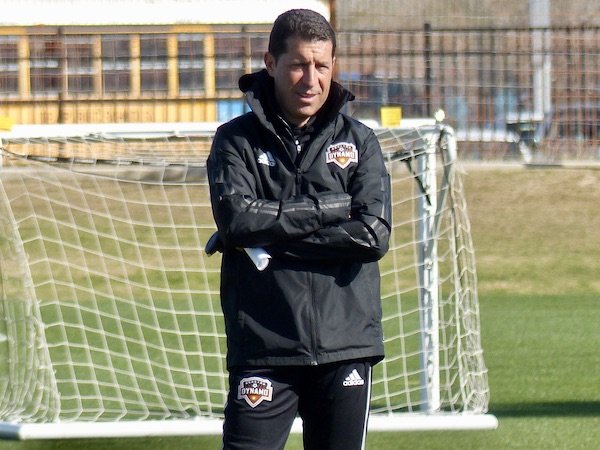 "I like what we have, many skillful players in key positions and outside backs who are willing and enjoy getting into the attack." says Ramos, after less than three weeks of preseason with the Dynamo. "A team that in general wants to go forward.”

Ramos enters the season with a squad nearly identical to the one that ended the 2019 season in 19th place in the overall 24-team standings. The Dynamo, whose payroll in 2019 was the lowest in MLS, acquired Colombian forward Darwin Quintero from Minnesota while Honduran forward Romell Quioto moved to Montreal.

The trip to Edinburg also gave Ramos a chance to connect with the Toros, coached by fellow New Jerseyan Gerson Echeverry. Ramos said he looks forward to collaborating with the USL Championship team and was impressed during the visit that also included a Dynamo-Toros game at H-E-B Park. The Toros' stadium and facilities are adjacent to the Toros' Development Academy's fields and the new school that RGV FC Academy players attend.

"The whole environment is amazing," Ramos said. "The stadium, the training fields, the living situation for the players. It’s all like a soccer oasis. I'm looking forward to growing this partnership and continuing to move young players up and down.” 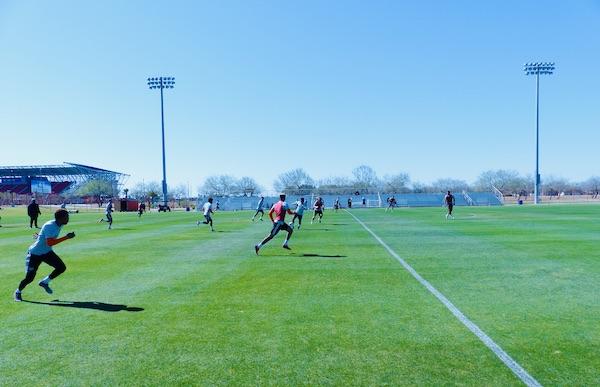 The Rio Grande Valley FC Toros, based in Edinburg, Texas, play USL Championship games in the 9,400-seat H-E-B Park near their training facilities.

During the season, the Dynamo staff will decide on Thursday morning which players to send to Edinburg, which lies 300 miles southwest of Houston and 70 miles north of the Mexican border, to join the Toros for their weekend game. As the Dynamo prepares for the MLS season kickoff, Ramos is taking looks at Toros' players such as 19-year-old Nico Lemoine and 22-year-old midfielder Isidro Martinez -- and as well as Dynamo academy players.

The Dynamo brought a handful of academy players on the trip Edinburg who trained with the Dynamo and Toros, including a 15-year-old and 16-year-old.

"Everyday I come to work I see and speak with our the academy staff," Ramos said. "We add academy players to our training sessions. [Academy Director] Paul Holocher has extensive experience in youth development and is such a great leader. We look forward to continuing to integrate academy players into our first team."

Technical Director and General Manager Matt Jordan revamped the Dynamo's academy 15 months ago, bringing in Holocher, who had been with the San Jose Earthquakes. The Dynamo signed 18-year-old Marcelo Palomino to a Homegrown contract earlier this year.

Working with young players is a Ramos speciality. He guided the USA to an unprecedented three-straight U-20 World Cup quarterfinal appearances and served as U.S. Soccer Youth Technical Director. Before joining U.S. Soccer, the Hall of Famer started the New Jersey youth club NJSA 04, now known as the Cedar Stars Academy, and coached teams at every age group.

Ramos' career has included six world championships as a player (U-20 World Cup, Olympics, Futsal World Championship, and three World Cups) and five as coach (four U-20 World Cups as head coach and assistant coach at the 2014 World Cup).

After serving U.S. Soccer as a full-time coach for more consecutive years than anyone in history, Ramos relishes the new challenge.