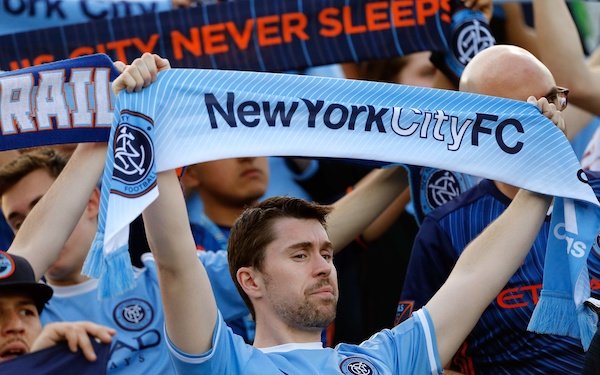 There was good news and bad news for NYCFC fans on Friday.

Yankee Stadium, NYCFC's home for its first five seasons, and Citi Field, the baseball home of the Mets in Queens, where NYCFC played its 2019 playoff game against Toronto FC and will play four MLS games in 2020, are both unavailable in February due to what the club described as "unavoidable winterization procedures."

NYCFC sought to find another venue in the five boroughs -- it has played Open Cup games at Fordham University's Coffey Field in The Bronx and St. John’s University's Belson Stadium in Queens -- but none was approved, leaving Red Bull Arena as the only available venue within a reasonable distance of New York City.

To make up for the inconvenience of traveling outside of the five boroughs, NYCFC fans who are 2020 season-ticket holders will receive one complimentary ticket for every full season seat on their account.

Now, the good news: The New York Times reported that NYCFC might have finally found a site for the soccer stadium it has sought to build since its launch in 2015.

A 25,000-seat stadium is part of a $1 billion development project in The Bronx.

“It’s a moment in time where the stars have aligned," Eli Weiss of Joy Construction, one of the developers involved in a proposal, told the Times. "And by the stars, I mean all the people involved.”

What's going for NYCFC and its partners on the project:

-- They say it has the support of Mayor Bill de Blasio and James Patchett, the president of New York’s Economic Development Corporation.

-- Affordable housing units, a new school, a hotel and retail stores would go in alongside the stadium, replacing parking lots and the GAL elevator parts factory.

-- Buying the parking lots would help the nonprofit Bronx Parking Development Corporation get out from under its debts on the lots built when the new Yankee Stadium was built.

-- NYCFC has failed in bids to secure stadium sites before -- in Queens (before the team even started), Manhattan, The Bronx, even Long Island.

-- The Times reported a similar proposal for the site in 2018 collapsed.

Approvals would be needed for zoning and to shut off a block of East 153rd Street and the off-ramp from the Deegan Expressway before the project could go forward.

The earliest move-in date for NYCFC at its new stadium: 2024, its 10th season in MLS.