New U.S. U-20 coach Anthony Hudson on being the son of a superstar dad, his own playing career, and the importance of caring

Anthony Hudson, the new U.S. men's U-20 national team coach, previously coached New Zealand and Bahrain, as well as teams in England and the USL. Most recently coach of the Colorado Rapids, the 38-year-old Hudson is the son of Alan Hudson, a superstar of English soccer in 1970s. 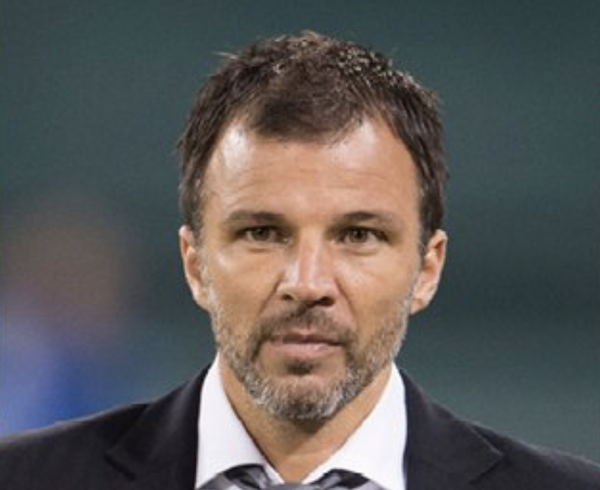 Anthony Hudson was born in the USA when his father was playing for the NASL's Seattle Sounders. He grew up mainly in Stoke-on-Trent, England, where Alan Hudson, who also played for Chelsea and Arsenal, finished his playing career with a second Stoke City stint.

After playing in England and the Netherlands, Anthony Hudson came to USA and joined the USL Wilmington Hammerheads as player/assistant coach prior to coaching the USL's Real Maryland Monarchs. He coached Tottenham Hotspur reserves and Newport County before moving to Bahrain and then New Zealand, coaching both nation's U-23s and full national team.

Under Tab Ramos, now head coach of the Houston Dynamo, the USA reached the quarterfinals of the last three U-20 World Cups and won the last two Concacaf U-20 Championships. Concacaf qualifying for the 2021 U-20 World Cup takes place this summer in Honduras (June 20-July 5).

SOCCER AMERICA: I imagine your father played a big role in your love of soccer?

ANTHONY HUDSON: He obviously had the biggest part to play. I grew up in a family that was just obsessed with soccer. Every single conversation was about soccer.

He had a really good career, but I think when he when he came to America in Seattle, something was different for him. And I think not only did he love playing for the Sounders, he just loved the lifestyle. The family had really fond memories of America. And I think they looked to me as someone who was always going to end up coming back. 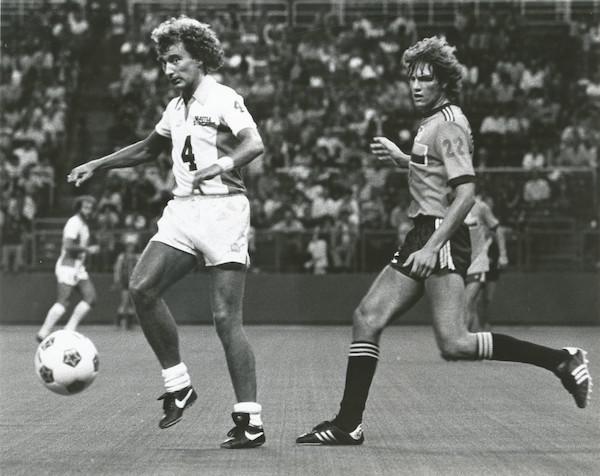 SA: Having been very young when he retired, how much did you know about his career?

ANTHONY HUDSON: As a kid, I was so proud of what he achieved. His debut against West Germany in 1975, I think anyone familiar with that game knows it was one the most unbelievable debuts. Germany was world champion. England won, 2-0, and the after the game the Germans made all these amazing comments about my dad.

Around the time, there was a lot crying out for players like my dad to be in the national team. He was very much a flair player and a little bit of a maverick. I don't think at the time England wanted those types of players. So eventually when he did get his chance, he was outstanding. He dictated the game, playing against the likes of Franz Beckenbauer, all their top players. It was at Wembley.

I used to carry the video, an old VHS, of that game everywhere with me. When kids came to my house we'd watch it. I used to love hearing the commentator saying my dad's name.

• "Where has England been hiding this player, he was world class.” -- Gunter Netzer. 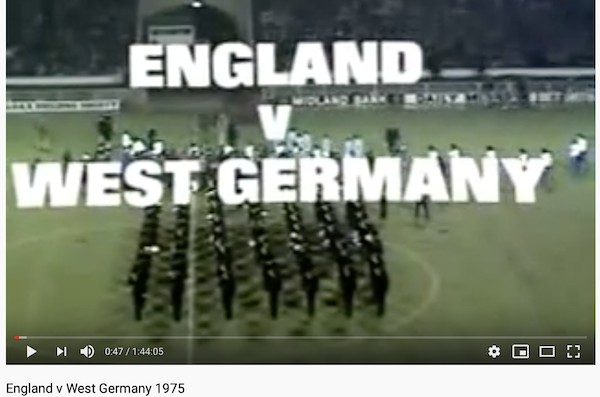 ANTHONY HUDSON: Living in Stoke-on-Trent, I'd bump into fans who knew my dad is Alan Hudson. There'd be times when grown men came up to me, telling me about my dad, and they'd start crying. They loved him in Stoke. They signed him when they were fighting relegation and he turned the team around. The fans used to sing "he walks on water." ...

As a young kid, you get really affected by the atmosphere and the Stoke fans, I've never experienced fans like it. You hear those fans and how they support their team, and they're singing the whole time, and they're so loud. It's like nothing else you could experience. And as a kid, all you want to do is be on the pitch and play in front of those fans.

SA: When did you believe a professional playing career was in reach for you?

ANTHONY HUDSON: That was the dream, the obsession. I used to be with the ball 24/7. I had a chance to sign for Stoke or Port Vale, but I ended up having a trial down at West Ham. They offered me a contract, an apprenticeship. After two years at West Ham, I left for a team in Holland [NEC Nijmegen].

The weight of having a very successful father, having his last name, as a young kid, I probably didn't manage that so well. When I finished playing, I felt unfulfilled, and with some regret.

SA: Did that feeling motivate you to go into coaching?

ANTHONY HUDSON: Yes. The big motivation for me was when I stopped playing, I was really disappointed. I was disappointed with the fact that I knew deep inside that what held me back was me. My own emotional limitations that I put on myself and the pressure of being the son of Alan Hudson. And I didn't stand up to it and I didn't face it. Quite a lot of players go through similar things, in different forms.

I just didn't have the tools to, first, be able to communicate and express it, and then to actually know what to do with it. When I came out the game, there was the sadness and the frustration of that. But I loved the game and I didn't want to not be a part of it.

When I went in to coaching, the determination came from that. I just didn't ever want that kind of feeling again. Whatever was going to happen, I was never going to hide from anything. I was going to look at my weaknesses. I was going give my very best.

• NOTABLE: Anthony Hudson on being bilingual: "I started learning Spanish with a private tutor because I wanted to listen to Marcelo Biesla's press conferences. Then, of course, I knew that I would one day need it, especially having worked in the Middle East with a translator and really noticing how important communication is." 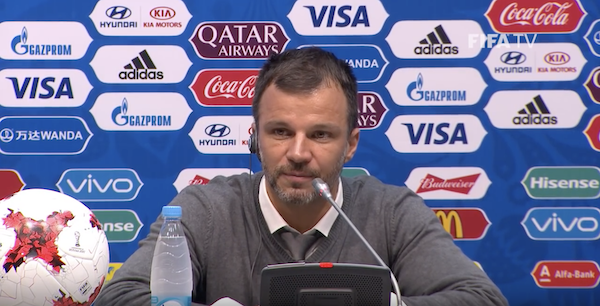 With New Zealand, Anthony Hudson won the Oceania Nations Cup, became the youngest coach at a Confederations Cup (2016), oversaw its youth national program, and came short of reaching the 2018 World Cup with a loss to Peru in the inter-continental playoffs.

SA: About a decade and a half into your coaching career, are there anything important ways your approach has evolved?

ANTHONY HUDSON: Over time as a coach, and as I've got older as a man, experiences like the last one in Colorado, force you to reflect and be honest with yourself.

I've been obsessed with philosophy, tactics and studying the game. Part of that is also being a young coach. Dealing with players my same age or players older than me, I've been obsessed with gaining respect by giving them a quality of work, being prepared and showing them clear ideas, and being a top professional with passion.

ANTHONY HUDSON: Our staff needs to be so prepared on our tours that we're not spending time on laptops and writing diagrams on sheets of paper. We need to be out and about with the players, having coffee with them, getting to know them. We want the players to know we care for them.

On my first training camp with the U-20s, in the first 48 hours, I had one-on-ones with every single player. I asked the players questions to get to know them, like about their families. To find out what tough times they may have had, how they work through them. And if we can help them.

SA: When you were struggling during your playing career, did your coaches talk about what issues you might have?

ANTHONY HUDSON: When I was a young player, as good as my coaches were, and they were really good coaches -- never ever during that whole period did one pull me aside and just ask me how I was. No coach ever took me into the office said to me, "How are things going? ... How's your family? ... How's your family life. ... Your dad was a great player. How do you deal with that? Is it challenge? ...  If it is a challenge, what do you do to handle it?"

My dad told me recently that Tony Waddington was the best manager he had, and shared a few things this manager did for him. My dad was having a tough time in Stoke. The manager knew that he was struggling because my mom wasn't with him. She was in London and my dad was in Stoke. So this manager went down to London and begged my mom to come up to Stoke. And so my mom did, and it really helped my dad.

When my dad was telling me the story, my dad started crying. About something nearly 40 years ago. I've reflected on that. If I can have that effect on a player today where in 40 years time they're shedding a tear because they know you cared about them so much, that's what it's all about.

u.s. under-20 men's national team, youth
1 comment about "New U.S. U-20 coach Anthony Hudson on being the son of a superstar dad, his own playing career, and the importance of caring".
Next story loading