What makes kids drop out of sports, and equally importantly, what can we do to keep kids playing? It’s been commonly believed that boys play for the “competitive” aspects of team sports and girls play for the "social" aspects of sports. However, a recently published study of young soccer players shows that there are many similarities motivating kids to play sports: both girls and boys place a heavy emphasis on "fun." 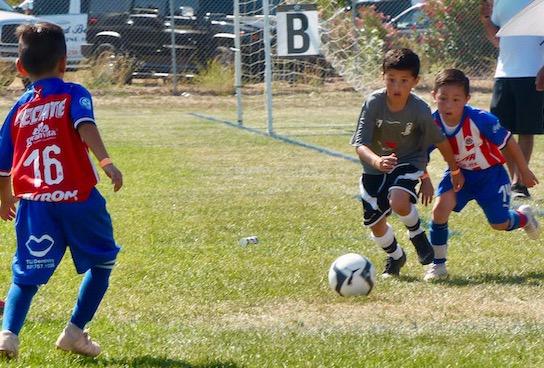 There are many positive aspects of team sports for young people, but it seems we have a hard time keeping kids in the game past adolescence. Organized sports are one way to keep kids engaged in physical activity, and if we can keep them involved it should promote healthy activity for life. But it’s estimated that many kids stop playing organized sports at around age 11.

Several surveys and epidemiological studies have attempted to figure out the reasons why kids stop playing sports. Some common themes emerge:

• At some point, coaches start thinking more about competitiveness over inclusiveness.
• The number of hours required to practice and play increase as they get older, sometimes leading to monotony.
• Single-sport specialization if done too early in life can lead to burnout and increased injury risk.

Let’s also understand that some kids are highly motivated by competition, and that focused practice is necessary to achieve mastery in many endeavors. So for some kids, the first two bullet points above would be viewed as positives.

But it seems that a large group of kids are influenced negatively by those themes, often driving them to stop sports altogether. Which brings us back to the recently published study titled “Toward Understanding Youth Athletes’ Fun Priorities”.

In this study of young soccer players, the authors noted considerable similarities in the responses from girls and boys, and consistency across a variety of age groups. The kids participating in the study noted the following as positive motivators to continue team participation:

Those subjective responses will mean different things to different kids, but the key takeaway is that for girls and boys in several age groups, taking steps to ensure as much as possible a “fun” environment should be a motivator to keep playing. It seems that girls and boys respond well to similar things and that the old gender-based stereotypes may be off the mark.

Coaches and parents may be missing the point if they push a winning season or mistakenly reinforce perceived gender differences. My feeling is that creating situations that combine enjoyment, skill-building, and competition will have the best chance of leading to healthy movement for life.

Key Points:
• A recently published study questions the common gender stereotypes, that girls play sports for “social” reasons and boys play for “competitive” reasons.
• Girls and boys both cite “fun” as a key motivator to continue playing.
• Strategies to encourage long term sports participation should include enjoyable elements in addition to skill building and competition.