FC Dallas' academy has produced more first-team talent than any other in Major League Soccer, and its young, vibrant collection of players appears increasingly ready to contend for hardware, no matter how celebrated the names nor depth of talent its rivals may possess.


That fits snugly into the arc head coach Luchi Gonzalez, who had plenty to do with developing these youngsters, seems to be guiding the Hoops along. He steps into his second season as head coach with much to build upon from year one.

FC Dallas is ready to shed its reputation as fast starters/late stragglers, and perhaps these youngsters -- Jesus Ferreira, Paxton Pomykal, Reggie Cannon and Brandon Servania foremost among them -- hold the key. Left back Ryan Hollingshead certainly believes so, and he sounds a warning to MLS: Watch out.

“Coming in with a new head coach last year, you are expecting to just be laying a foundation, so a lot of his ideas, a lot of tactics, things he wants to implement, it just takes a little bit for those to take hold,” the seventh-year defender said. “Now that foundation has been laid, and I think [we're] ready to build up on top of that foundation.”

Throw out a messy month of May, when Dallas (13-12-9) lost four of five, and the club enjoyed a nice first campaign under Gonzalez, finished fairly well, going 13-8-8, snagging the Western Conference's final postseason berth and giving soon-to-be champion Seattle Sounders a real battle before falling in overtime to open the playoffs.

The Hoops weren't quite there yet, but they were getting closer the last half of the season. 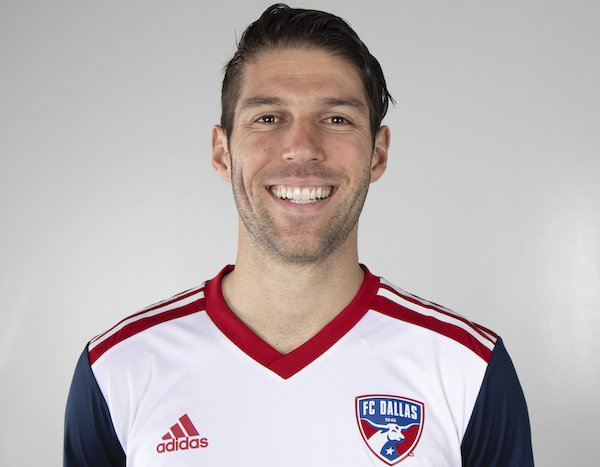 “I think you could see it in moments in our game, that we were there, that we had it, that the guys have bought into the vision of it, that the guys are are wanting to play the style that [Gonzalez] wanted to play,” Hollingshead said. “[In the playoffs against Seattle] we not only put up a fight, but outplayed them on their own field and had a lot of things going for us in that game, in terms of possession numbers and those sort of things. There's times you've seen it ... moments where it was coming together, and I think now, going into 2020, the idea is that some of those moments will become more of the season.”

Dallas needs to be more consistent in finding those moments, he acknowledged. Perhaps the youth will lead the way.

“FC Dallas' motto is to play the young guys and play academy kids, and so a lot of [our inconsistency] is getting into bigger-moment games, and you have younger kids that are maybe not as able to handle that,” he said. “But that's changing now, because these young kids have had those experiences now. So we've got 19-, 20-, 21-year-old kids who have played two, three, four seasons in the MLS and gotten good minutes in those seasons, and so the youth that we have is not only contributing in big way, but now they're going to be ready for those big games as well.”

Cannon has emerged as the finest young American outside back in MLS, and Pomykal among the best young American midfielders. Ferreira enjoyed a breakout year and, after receiving U.S. citizenship in December, made his full international up top in the national team's 1-0 victory over Costa Rica Feb. 1.

Servania, too, has emerged as a player to watch -- he also won his first cap against the Ticos -- and Bryan Reynolds, an 18-year-old defender, and midfielders Thomas Roberts, 18, and Edwin Cerrillo, 19, could be next in the pipeline.

“Brandon Servania put in a great shift last year. Jesus Ferreira, same sort of thing. They're going to be just huge for us going forward. ... And we've got even younger guys [such as Reynolds and Roberts] and if they can combine [their skill] with the desire to grow, the desire to put the work in, man, these guys can be special.”

Gonzalez, a Hermann Trophy winner at SMU and San Jose Earthquakes' first-round draft pick who didn't make it big as a player, made a major impact for Dallas as its academy director from 2012 through 2018. He took charge of the Hoops before last season after Oscar Pareja stepped down to become Club Tijuana's head coach.

“Luchi has been such a joy to have around our organization ...,” Hollingshead said. “He is a guy that cares about the whole person -- the soccer player, the husband, the father, the high school student -- every part of who you are, he cares about all of it and he thinks all of that is important to you performing on the field. That style of coaching, I think, hits home with a lot of guys. And it has been a joy to have him leading our team.

“I'm excited [for] this season and to see how much more he takes the reins in his second year, because in the first year, you're a little tentative. You're kind of trying to, like, balance everything and make sure you're not too pushy, like, reading the situation, and this year I think he's going to come even a little bit more 'this is my team, this in my thing, I'm running this thing.' He's going to come in with a little more gusto, if that's the right word.”

Gonzalez's relationship with the young players is vital to the Hoops' success.

“The biggest part of the [club's] culture and the reason FC Dallas' academy is separate from a lot of other academies in the MLS is they don't only say, 'Hey, come to our academy, we'll promote you, we'll train you up, we'll get you to professional level.' They're actually saying we personally will be the ones to sign you, we'll bring you to our first team, and we'll play you. And so they don't have the fear of saying, 'This kid is 17 years old, we need to groom him more.' Their idea is the best way he gets groomed is by being on the field in these games and getting minutes, real-time minutes.

“FC Dallas has been that way since I got here [in 2013]. They were an academy-minded team, and that's still the way they are. That's in their DNA, and I think that's a good thing.”

Hollingshead, in a 15-minute session with media, also talked about Pareja's return to MLS, as head coach at Orlando City FC, and the Sacramento Republic, which is slated to jump from USL to MLS in 2022.

“I'm so excited to see [Pareja] back in MLS ...,” he said. “If you saw what he did [in five seasons as head coach] with Dallas, he's almost like an entrepreneur. He is so good at taking a club that's maybe struggling, maybe hasn't found their identity, maybe wants to figure out what are they going to be going forward, and making that happen.

Hollingshead says Pareja is “always antsy, like always itching,” and once he's built a club into something good, “he's like, 'OK, I've done that, I need to do something new.' ... Hopefully, he stays [in Orlando], but he's almost a businessman in that sense, where he's just like, 'Let's build this,' and then once it's built, he's like, 'OK, I did my job.' ”

Hollingshead, who is from Sacramento, is even more excited about the Republic.

“Man, I think they're going to do awesome,” he said. “Sacramento is a special city, and it's being more [recognized] for that. I was just back there for a little of the offseason, and people are coming to Sacramento and saying it's one of the best cities in the country, they're saying people are moving here like crazy, they want to be in Sacramento.

“If you watch what the [NBA's] Sacramento Kings have done in the last 20 years: They haven't been a very good basketball team, but their fans have stayed steadfast through all of that. So if you have the Republic coming in, who have been a very successful USL team, and you have fans that are behind the Republic like they have been ... I think they're set up for success. They have a city behind them that is ready to go all-in on a team, and all they have is the Kings outside of soccer.

“I'm biased, but I think it's going to be a good city to have a Major League Soccer team.”