The Dreaded Side Ache: Possible Causes and Prevention Methods

A side ache (also called side stitch) can be a real pain. It seems to occur most often in runners and cyclists, but I’ve seen plenty of athletes in team sports that also experience side aches. 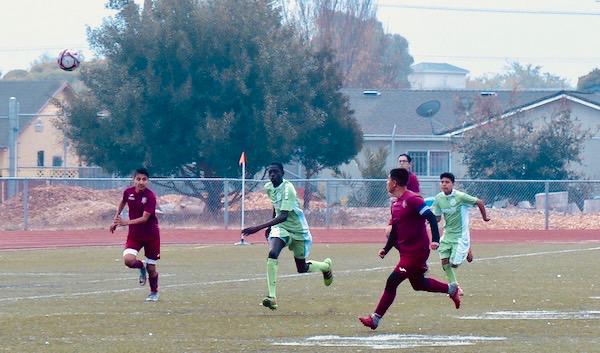 The athlete typically feels a sharp, localized pain just below the right rib cage. The pain can come on suddenly and cause the athlete to slow to a walk until the pain goes away. It can be a source of major frustration as it will almost always affect performance negatively.

Possible cause: consuming fruit juice immediately before or during event

Several retrospective studies have been performed regarding athletes with a history of side ache but none of these studies have given us the definitive explanation for the cause of side aches. The majority of the published research focuses on the type of food or fluids consumed pre-exercise, and the timing.

There seems to be no relationship to body mass index, skill level of the athlete, or gender. But it seems to occur less frequently with older athletes.

The strongest association with the development of the side ache seems to be the timing and type of the pre-participation meal. One published survey of runners reported that consuming reconstituted fruit juices and beverages high in carbohydrate and osmolality (a measure of concentration), either just before or during exercise triggered the onset of a side ache, particularly in susceptible individuals. The symptoms didn’t seem to be related to the amount of food eaten.

A more complicated explanation put forth by some researchers is that stretching the ligaments that extend from the diaphragm to the internal organs causes a side ache. The jarring motion of running while breathing in and out is thought to stretch these ligaments.

Interestingly, most right-foot dominant people exhale as the left foot hits the ground. And in most surveys it is the group of runners who exhale with the right foot hitting the ground who tend to experience side aches more often than left-foot exhalers. (Are you confused yet?) However, no one has been able to prove that if you train a runner to now exhale with the left foot strike that it will eliminate the side ache.

Here’s an explanation I find a bit flimsy: exhaling when the right foot hits the ground causes greater forces on the liver (which is on the right side just below the rib cage). So just as the liver is dropping down the diaphragm rises for the exhalation. It is believed this repeated stretching leads to spasms in the diaphragm.

Trying to Prevent a Side Ache Based on our Limited Evidence

• Time your pre-event meal to allow it to digest prior to the event. If you have a history of side aches I’d recommend one hour to digest your food.

• Avoid drinking reconstituted fruit juices and high carbohydrate fluids before and during exercise.

• Stretching may relieve the pain of a side ache. Raise your right arm straight up and lean toward the left. Hold for 30 seconds, release, and then stretch the other side.

• Slow down your pace until pain lessens.

• Massage or press firmly on the area with pain. Bending forward may also help.

• If you continue to experience pain, see your doctor or qualified sports medicine physician.