New U.S. U-15 boss Gonzalo Segares on his path from Costa Rica to the USA, and shifting from pro player to youth coach

Gonzalo Segares, who went straight into youth coaching upon retiring from a decade-plus professional playing career, became the U.S. U-15 boys national team head coach in January. The Costa Rican came to the USA to play for Virginia Commonwealth University in 2001 and played more than 200 MLS games for the Chicago Fire. The defender's 19 caps for Costa Rica included the 2010 World Cup qualifying campaign and the Ticos' run to the semifinals of the 2009 Gold Cup. 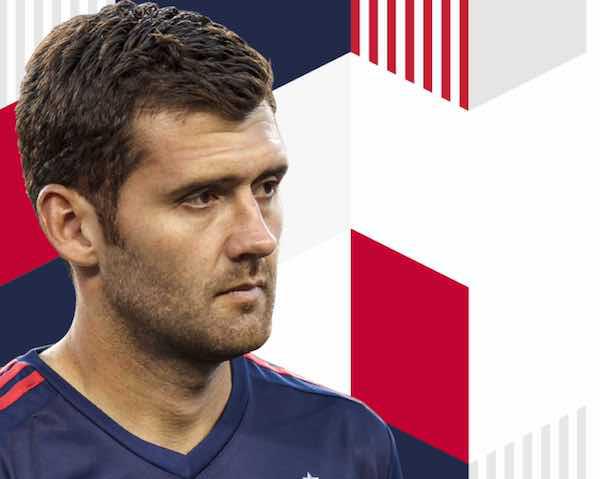 As a little kid, one of the first presents that my grandparents gave me was a Saprissa uniform, a soccer ball and some cleats. As a little boy in Costa Rica, they introduce you to the game and all the family members are vying to turn you into the team that they follow. For me it was getting a Saprissa uniform. My mom has shown me pictures of me barely walking and already wearing a uniform with a soccer ball in my hand.

When I was very young, we moved around the country. We were first in the south and then more toward San Jose. We lived a little while with my grandparents in Alajuela. Until 8 or 9, I was just playing in the park, in the street, around the neighborhood with friends. When we moved to San Jose I started playing more organized soccer in middle school. One of the coaches of a middle school team we were playing against also coached at the Saprissa academy. He invited me to play for Saprissa U-13. At time I was a striker. 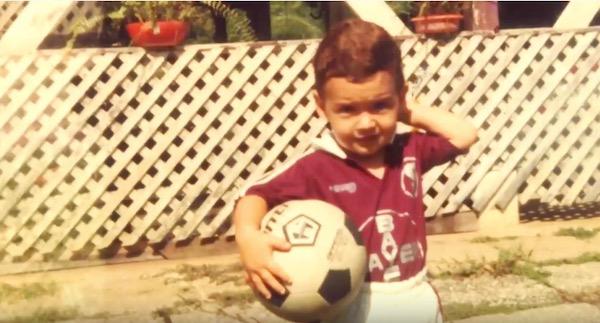 In 1990, under Coach Bora Milutinovic, the 1986 Mexico World Cup coach whose next stop would be the USA, Costa Rica qualified for its first World Cup. At Italia 90, the Ticos reached the second round with a group-play performance of wins over Scotland (1-0) and Sweden (2-1) and a 1-0 loss to Brazil. Segares was 7 years old.

I definitely remember. When we qualified, all the streets in San Jose were packed with cars waving flag. It was a big, big, big party. I remember Hernan Medford scoring the winning goal [against Sweden]. It was a turning point for soccer in Costa Rica.

The USA games against Costa Rica in Saprissa Stadium were major events. Playing against the USA and Mexico were always Costa Rica's biggest games.

My family wasn't the kind to go to the games, but the whole family would get together at someone's house, like my grandparents'. I remember how loud the booing was when Alexi Lalas walked on the field for warmups. I remember players like Kasey Keller and Earnie Stewart.

Later when I was at Saprissa I experienced what it was like for them in locker room. The fans are jumping up and down and it feels like the ceiling is going collapse on you. Incredible. 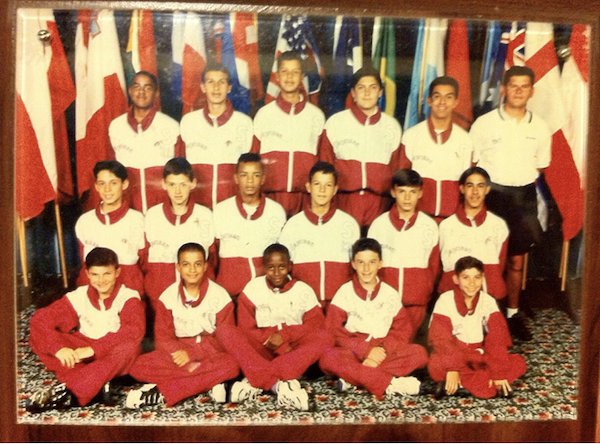 It was luck. I was knocking at the door of the first team of Saprissa, but back then Saprissa wasn't the financial powerhouse it is now. Carlos Somoano, who's now the UNC Chapel Hill head coach, was the Virginia Commonwealth University assistant coach. He was spending a couple a months in Costa Rica to learn Spanish and was looking out for players. He went to see a team my team was playing against and he liked me and a couple of my teammates. He got in contact with my coach and we started conversations.

My English was OK, I was already studying English since middle school. I could hold a conversation, not as fluent but pretty good. I saw an opportunity to both study and play soccer at the same time. It was going to be difficult to get a first-team spot with Saprissa and going to the United States would open more doors.

I was a little bit naive in figuring out the level. Once I got here and saw level and intensity, I realized it wasn’t going to be as easy as I thought it was going to be. The college game was more physical, more aggressive and, depending on the teams, more direct.

My dream always was to become professional. Looking back on those four years, it helped me become a better player. To adjust to the style prepared me when I made the move into MLS. I think it would have been harder if I went directly from Costa Rica to MLS. I'm not sure if I would have been as successful.

It was always in the back of my mind that coaching would be my next step after I retired. I knew I wanted to stay in the sport. While I was still playing, I started preparing myself. I got my B license while I was still playing for the Fire. When my option didn't get picked up, I had an opportunity to play for another team. But I decided that I wanted to plan for my next five years, rather than plan year-by-year.  The Chicago Fire opened the door for me to work in their Academy, which was a great opportunity to learn, especially from Larry Sunderland, who was running the academy at the time. 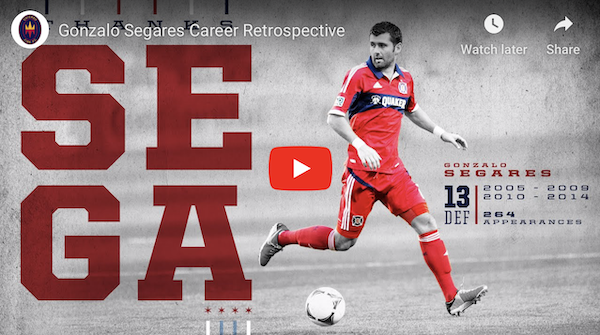 Making the adjustment from coach to player.

After a couple sessions, one of the first things I said when I went into the office with Larry and John Dorn, who was also part of the academy, I told Larry, "Jeez, I don’t know anything." As a player you know the game, you know how to play. But coaching is every different, especially with youth.

I was fortunate that I had the opportunity to be under the wing of Larry Sunderland; Charlie Trout, another coach from the area; Jamie Smith, who is now the Nashville SC Academy Director; Steve Morris, who's the Academy Director at FC United. Frank Klopas and Brian Crockford. All these people around me helped me a lot.

When Segares started out coaching in the Fire Academy, he served as an assistant when it won the 2015 U-18 Academy championship. He was assistant academy director of Chicago-area FC United and head coach for its U-14 and U-16/17 squads when he was named U.S. U-15 national team head coach.

The emphasis is on development and we have principles of play we want the young players to get to know. Hopefully the main core of guys will move up the ranks. We'll have prepared them with principles, ideas, style of play that will make the transition easier as they move up the ladder.

They might be the same age, but physically one can seem two years older than another. Some are over-developed physically and some under-developed. A player might not be physically ready right now, but one in two or three years when the physical aspect evens, he might be one of the top players. At FC United, a lot of our teams at the younger ages are under-sized. Because we're judging them as soccer players, knowing that at some point they're going to grow. My staff and I and our scouts recognize that there's so much physical change to come. Tony Lepore and his groups of scouts have done a good job to stay on top of that.