Three pro clubs and a County Sheriff's Office-supported program will be joining the Boys Development Academy for the 2020-21 season, at the younger age groups, and 11 current clubs are adding teams for other age groups. Unclear is how many clubs from the 2019-20 won't be returning, although U.S. Soccer confirmed that there will be fewer clubs in the Boys DA next season. 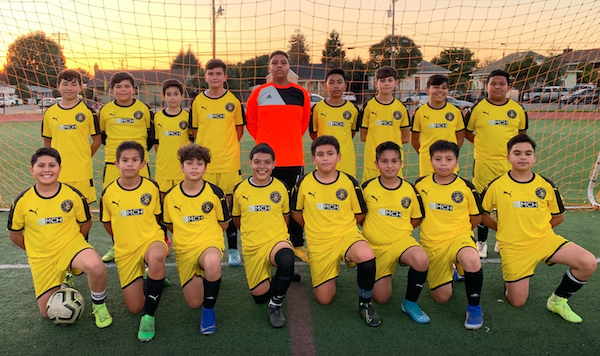 Sheriffs Futbol Club, based in the East Bay of Northern California, will enter teams in U-13, U-14 DA leagues. The club provides cost-free soccer to under-served children in an unincorporated area south of Oakland comprised of the Ashland, Cherryland and San Lorenzo communities, which have a large a Latino population.

USL Championship club Phoenix Rising will also field U-13 and U-14 DA teams. Charlotte MLS, which is set join Major League Soccer in 2021 and is in the midst of a launching a youth program, has not determined which age groups it will participate in. Nashville SC, which debuted in MLS this season, will field a U-15 team.

DA SHRINKAGE CONTINUES AT U-13 & U-14. In February, Lonestar SC of Austin, Texas, which fields teams at each Boys DA age group, announced its DA departure to field its top male teams in the Boys ECNL next season.

Sheriffs FC is joining the DA's U-13 and U-14 West Division, and fellow Northern California clubs San Francisco Elite and San Francisco Glens, which have been fielding U-13s, are adding U-14s. But DA clubs Mustang, San Juan SC, Marin FC and Santa Rosa United are part of the ECNL Boys' launch of a Northern California division for 2020-21. Four more spots in the new division, which will include promotion/relegation with NorCal NPL, are still to be filled.

A similar migration had already occurred in Washington State, which as of this 2019-20 season no longer has U-13 or U-14 DA teams. Instead, Crossfire Premier; the affiliate clubs of MLS's Portland Timbers and Seattle Sounders; and other former junior DA clubs now compete in the Boys ECNL Northwest Division. Further Boys ECNL expansion in other parts of the country is expected to be announced within weeks.

For its part, U.S. Soccer is describing the DA's contraction -- for both the Boys and Girls DA -- as a limited growth strategy to close the gap between the top and bottom clubs, "which is currently too wide." Its March 10 release is headlined, "U.S. Soccer Development Academy ... Finalizes Membership for 2020-21 Season." The release did not include a complete list of the finalized membership.

• Four clubs will be joining the Boys DA.

• Eleven current clubs will add teams in other age groups.

“As the Development Academy program enters the 2020-21 season, U.S. Soccer remains committed to providing a top development and performance platform for our elite youth players across the country,” said U.S. Soccer Sporting Director Earnie Stewart in a press release. “While at two different points in their maturation, we are excited to enter into our 14th season for the boys and 4th season for the girls’ competition.”