U.S. Soccer's new President, Cindy Parlow Cone, scored 75 goals in 158 games for the USA in 1995-2006, including this diving header assisted by Brandi Chastain,  in a 7-1 win over Nigeria at the 1999 World Cup. Parlow started all six games as the USA lifted its second World Cup title. Post playing career, Parlow Cone coached the Portland Thorns to the 2013 NWSL title. 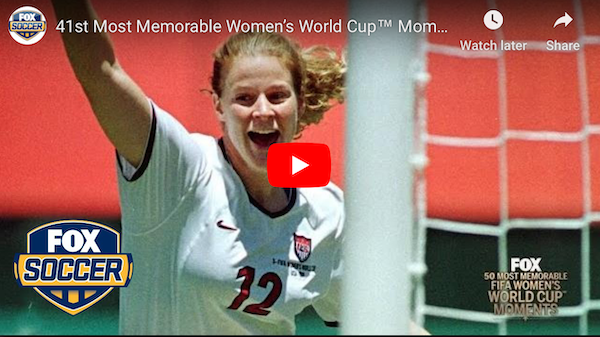