ECNL president Christian Lavers on clubs leaving the Girls DA, how U.S. Soccer should serve the youth game, and movement on the boys side

With Real Colorado and the Dallas Texans returning to the ECNL for the 2020-21 season, more than 20 clubs have either withdrawn from U.S. Soccer's Girls DA during its first three seasons or withdrew after accepting a spot upon the Girls DA's 2017 launch to remain in the ECNL. 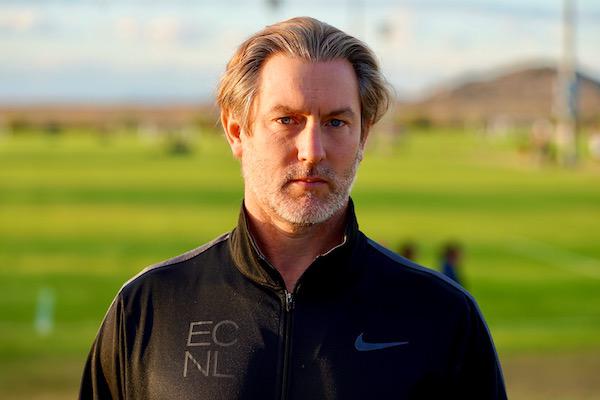 The list of clubs opting to play in the ECNL include some of the biggest suppliers of players to the U.S. national team program. We spoke with Christian Lavers, the President of the ECNL since its 2009 launch.

SOCCER AMERICA: First of all, can you update us on the ECNL's reaction to the Coronavirus pandemic?

CHRISTIAN LAVERS: At this point, we have suspended all league programming until April 30, and canceled all our national events scheduled for April. Hopefully, the significant actions being taken by so many people and organizations will help reduce transmission, and during this period when the sport is basically shut down everyone will use common sense and follow the advice and direction of the health authorities.

SA: We learned last week that Real Colorado and the Dallas Texans are returning to the ECNL. Can we expect more clubs to leave the Girls DA and join the ECNL before the 2020-21 season kicks off?

CHRISTIAN LAVERS: We are always evaluating the market, looking at the clubs interested in the league, and trying to create the best competition while balancing travel, number of games on the calendar, and other factors. The reality is that a lot of clubs want to be a part of the ECNL moving forward, and they are coming from a lot of different places, including the Girls DA.

SA: Ranking high among the absurdities in American youth soccer is that two strong clubs in the same area don't play each other because one is in the ECNL and one is in the Girls DA. When we spoke in September of 2019, you said "games between DA and ECNL clubs would be fantastic." What's the likelihood of that happening?

Ultimately, I think U.S. Soccer's role in the youth space should be simple -- host one American championship event that takes the ECNL champion, the USYS champion, the NPL champion, and any other credible national league champion into one final event celebrating American soccer. That would be a tremendous way to celebrate having one American pyramid with multiple pathways, it would incentivize every organization to build the best possible environment and structure possible, and would celebrate diversity and innovation in philosophy, style, and every other way.

SA: How much dialogue has there been between U.S. Soccer and ECNL about the possibility of working together?

CHRISTIAN LAVERS: With respect to the ECNL and the youth pathway, we have had some informal conversations with a few people involved in U.S. Soccer who are interested in trying to work together, but there has been no formal meeting or discussion on that topic with anyone in Chicago. The reality is that there hasn't been a formal conversation about collaborating or working together since the day the Girls DA was approved, and I think that is probably why the situation has reached the point it has today. We remain open to discussing ways to work together while respecting the different perspectives that people have, supporting evidence-based standards in development, making education more accessible, and opening a broader scouting network.

SA: Considering the defections from the Girls DA -- and that some of the replacement clubs have since been dropped -- do you think the Girls DA even has future?

CHRISTIAN LAVERS: That is a question you would have to direct to U.S. Soccer. I think there are serious questions about the success of the platform, but there should definitely be more forward-looking questions asked on whether and why it is needed, whether the federation should be investing these funds in other areas like coaching education, and whether the federation should be focusing so much energy and resources on such a small portion of the youth game at the exclusion of the rest.

SA: What have been the main reasons girls clubs have cited for preferring the ECNL over the Girls DA?

CHRISTIAN LAVERS: There really isn't one single reason. Every club has had a different combination of reasons that make them feel that the ECNL provides a better overall environment. I think flowing through it all though is that, fundamentally, the ECNL is an organization that is led by club directors who actually understand how decisions play out in the real world, how families and players react to different situations and what they are looking for in the youth experience, and what goes into running teams and clubs in the American landscape. The ECNL goal is to help clubs and coaches constantly get better and provide a better environment to develop better players -- but the philosophy and process that we use in accomplishing that is very different than the Development Academy.

SA: U.S. Soccer boasts that "all coaches in the DA are required to hold a minimum USSF B license." Can the Girls DA claim to have the "best coaches" as it implies in its "Coaching Standards" description?

CHRISTIAN LAVERS: Absolutely not. And this isn't and shouldn't be a DA or ECNL issue. The fact is that there are very, very good coaches who do not have an "A" license or even a "D" license, and there are coaches that many clubs would not hire even though they have high license levels. On-going education is important, and licensing is certainly a demonstration of commitment to personal development and the ability to pass a specific set of evaluations at a specific point in time. However, licensing is not proof of competency in working with players and teams over the long-term, and having a higher license does not in any way mean a coach is better or more impactful than a coach with a lower license. We should all encourage coaches to pursue education and licensing, but we should not confuse what it means.

SA: If you were running U.S. Soccer, how would you steer its involvement in American girls youth soccer? Or youth soccer overall?

CHRISTIAN LAVERS: I think the federation has tremendous opportunity and obligation to support the entire landscape and all members as an educational and collaboration-based organization. The federation should make coaching education far more accessible and far less expensive -- so that an exponentially higher number of coaches can get into and afford the "C", "B" and "A" licenses.

Right now, there simply isn’t capacity for enough coaches to take these licenses. Taking higher licenses should be something that is available to everyone who has passed the lower license, regardless of what else is in their CV. The scouting system should be wide open to find players from every league, every community, every background, and every pathway. That means expanding scouting massively with no care or concern about where players come from – in word and in action. Generally, the federation should not be running programs that compete with or duplicate what their members do. They should be supporting the programs of their members, creating additive development opportunities, providing education in all areas of the game, and helping members coordinate and collaborate with each other.

SA: In September 2019, I asked you about the Youth Task Force created in October 2018 by then U.S. Soccer president Carlos Cordeiro that was supposed to address the nation's "fragmented and fractured landscape." You said you were a member, on the "Standards and Certification" committee, and were "hopeful that there will be positive progress." Has there been any positive progress?

CHRISTIAN LAVERS: I think that some of these committees have made progress, and others have pretty much stalled out. Our committee made unanimous recommendations several months ago for a collaborative process for setting standards across all federation members, that involved a process similar to how government regulations are passed – formal proposals, periods of public comment, opportunities for revision based on feedback, and required vetting and membership approval. I have not heard what happened to that proposal since then.

SA: The Boys DA has been around since 2007, and this year like the Girls DA is fielding fewer teams. How significant is the migration of Boys DA teams to the Boys ECNL? Is the Boys ECNL getting increasing interest from DA clubs to come over?

CHRISTIAN LAVERS: The ECNL Boys has made huge progress in its first three years, in size and scope of programming, but also in the quality of the play on the field. There have been a lot of clubs, more than a dozen in the past two years, that have joined ECNL Boys and dropped the DA U13 and U14 age groups because they feel like the ECNL Boys platform offers more for their players and teams. There are more clubs in that situation that have applied to the league and we are working through that process.

The ECNL Boys platform is for the grassroots soccer club, and we are providing a great environment for these clubs, coaches and players to improve and have a better experience. We are also creating a better and better pathway to college soccer for these players, and at the same time, for players with true professional potential, we are supporting pathways, scouting and relationships that help these players move on to professional clubs to continue their development. I think ECNL Boys will have a major impact on the youth male game in the coming years

development academy, ecnl, youth
7 comments about "ECNL president Christian Lavers on clubs leaving the Girls DA, how U.S. Soccer should serve the youth game, and movement on the boys side".
Read more comments >
Next story loading