Four years before David Beckham  arrived in MLS in 2007, a women's soccer movie with his name in the title grossed $20 million within four months of its U.S. release. 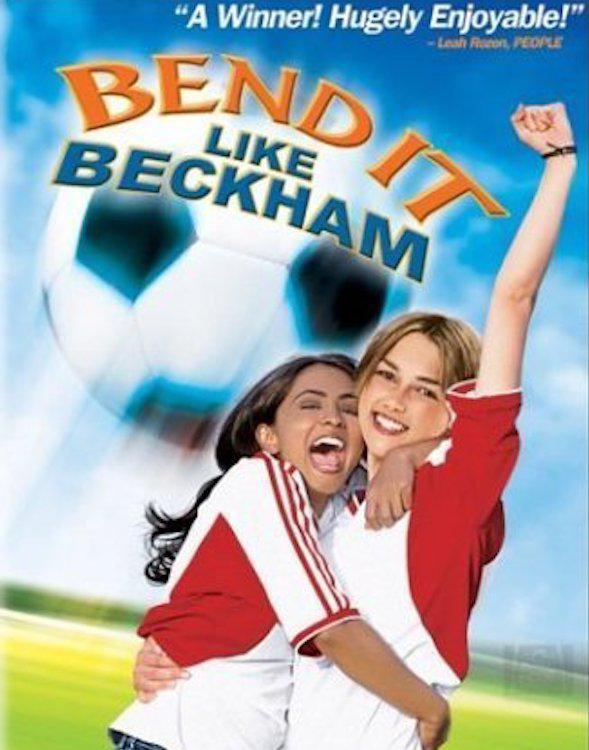 The spiel
Most American viewers didn’t recognize the title, but they certainly did feel at home with the dramedy story of a Punjabi family’s encounter with a new Anglican culture and the challenges it brings.

Jesminder "Jess" Bhamra (Parminder Nagra) goes against her parents’ wishes to follow her older sister (who’s pursuing a career and more importantly, a husband) and instead teams up with Jules (Kiera Knightley) on a women’s team in hopes to someday play professional soccer. What follows is a two-hour jaunt filled with female empowerment, laughs, and good old teenage drama, in that order.

What hasn’t aged well is Jules and Jess’ coach, Joe (Jonathan Rhys Meyers) coming onto them both at separate times. We don’t know their exact ages, but we do know the optics are not good. Jess’ Sikh family’s accents and customs are often used for comedic effect, which looking back, hasn’t done the film any favors.

Did you know?
Fox searchlight executives were thinking of renaming the film “Move it Like Mia” for the U.S. release. Yikes. The Hindi release’s title? “Football, Shootball, Oh God!” Go figure. The German version title got tweaked to "Kick it Like Beckham."